A River Apart, Barclays and MetLife A Joint Celebration of The Siyum

A River Apart, Barclays and MetLife A Joint Celebration of The Siyum
Print 🖨 PDF 📄

For all intents and purposes, it was as if the eleven miles that separated Barclays Center from MetLife Stadium had simply disappeared, the two venues coming together as one in a monumental celebration of Torah as the 13th Global Siyum HaShas of Daf Yomi made its way into the annals of history.

The passion and ahavas haTorah that was 90,000 strong at MetLife Stadium was equally powerful at Barclays, where an additional 15,000 participants boosted in-person attendance at the Siyum HaShas to record numbers, the hundreds of thousands who joined through live broadcasts exponentially expanding The Siyum’s global reach. The nearly sold out arena was reminiscent of earlier siyumim that had been held in similar venues, imbuing Barclays with a sense of continuity that cemented The Siyum as the next link in a chain of Daf Yomi celebrations that extended back through Madison Square Garden and ultimately to its origins at Yeshivas Chachmei Lublin.

As at MetLife, the Barclays’ dais was filled with illustrious gedolim and rabbonim, their presence highlighting the chashivus of the event which turned the massive sporting venue into a place of kedushah whose air was permeated with the sweetness of Torah. Among those attended The Siyum at Barclays Center were Rabbi Aharon Schechter, Rosh HaYeshiva, Yeshiva Rabbeinu Chaim Berlin and Chaver Moetzes Gedolei HaTorah, Rabbi Shraga Hager, the Kossover Rebbe, Rabbi Shmuel Mordechai Portugal, the Skulener Rav, Rabbi Yisroel Hager, the Viznitzer Rebbe of Monsey, and Rabbi Elya Brudny, Rosh Yeshiva, Mir Yeshiva – Brooklyn.

The majority of the program was livestreamed from MetLife, with video monitors at the East Rutherford, New Jersey stadium showcasing feeds from Barclays and other siyumim, connecting the various events which shared a single soul. Still, there were moments of The Siyum that were unique to Barclays, participants listening intently as Rabbi Yosef Frankel, Vyelipoler Rebbe and Chaver Moetzes Gedolei HaTorah delivered divrei brachah. Rabbi Avrohom Nisan Perl, director of Agudath Israel of America’s Commission on Torah Projects and coordinator of the Barclays event, was misayem Shas and said the Hadran, with Rabbi Yeruchim Olshin, Rosh HaYeshiva, Beis Medrash Govoha, visibly moved as he said the Yehi Ratzon following the Hadran. As at Metlife Stadium, Barclays exploded with joy when the 13th cycle of Daf Yomi came to its glorious conclusion, with thousands filling the arena’s massive floor as they danced back and forth before the dais, raising their voices in song that emanated from the depths of hearts dedicated to Torah.

While most of the highlights of the program had been carefully choreographed by The Siyum committee, there was unscripted emotion after the heartrending Keil Maley Rachamim when Holocaust survivor Reb Mordechai Menachem Wieder said Kadish. Reaching for the microphone as he completed the final words Mr. Wieder said in Yiddish, “I want to say one thing. All the older people who are here should be zoche to come back in another seven and a half years for the next siyum in good health.”

As the program concluded with Maariv, a spontaneous rekida erupted, participants seizing the opportunity to extend The Siyum for just a few more minutes, fueling themselves with additional inspiration before they returned home, invigorated and inspired and ready to embark again on the daf shel sefina that will take them through the next seven and a half years. Once again, the demonstration of achdus that Rav Meir Shapiro had envisioned would be created by Daf Yomi was evident in the arena, with participants representing every segment of the Jewish community joining hands as they danced, their shared simchah and genuine love of Torah bringing them together in a moment that would be forever engraved on their hearts.

The siyum’s theme of ki heim chayeinu resonated clearly with those at Barclays, with everyone internalizing the message that Torah is the foundation of our existence and leaving on the spiritual high that comes from appreciating the importance of k’vias itim l’Torah.

“On the way out, I overheard someone who had finished Shas ask his younger brother if he would be starting Daf Yomi when the cycle began anew on Sunday,” said Rabbi Perl. “The brother responded simply saying, ‘How can I not?’”

Despite being a siyum veteran, Rabbi Perl noted he was extremely moved by the Barclays Center event.

“Looking out at the multitude of different faces in the crowd, with people young and old, some in small kapelach and others in all kinds of hats, you saw the achdus that was there,” said Rabbi Perl. “It was truly breathtaking to watch the way the bnei Torah were dancing in front of the roshei yeshiva and the expressions on people’s faces while they davened Shmone Esrai . Even when you have been to a Siyum Hashas before, there is something that overtakes you when you see it happening before your very eyes.” 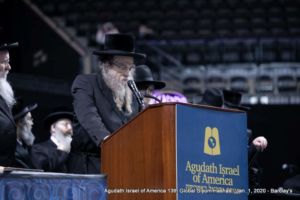 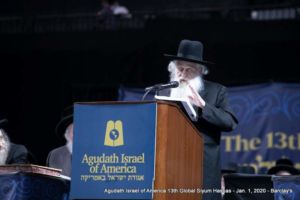 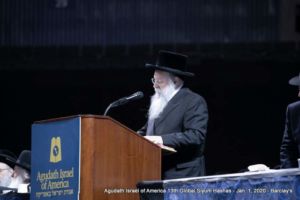 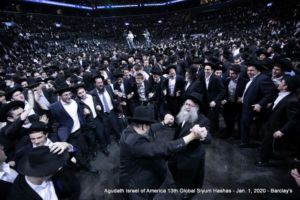 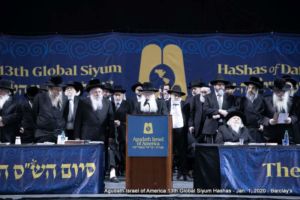 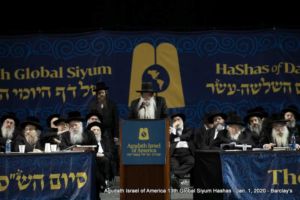 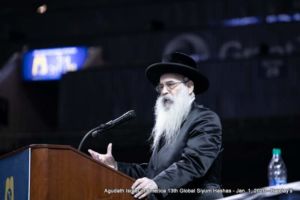 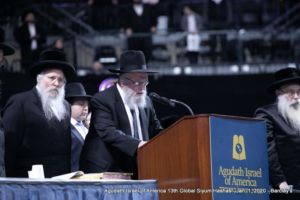 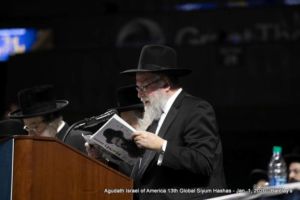 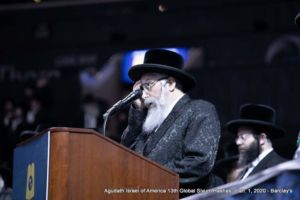 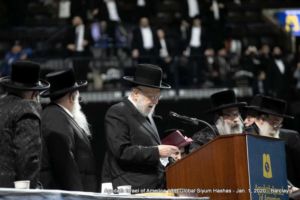 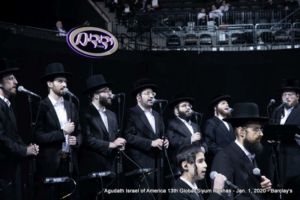 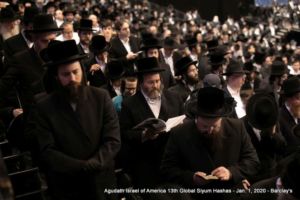 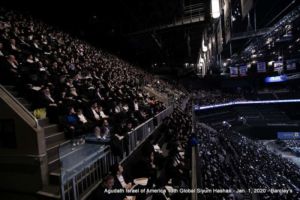 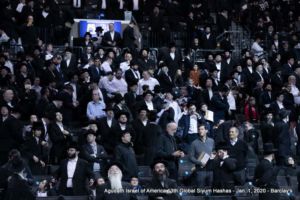 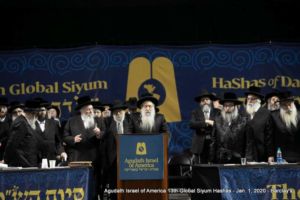 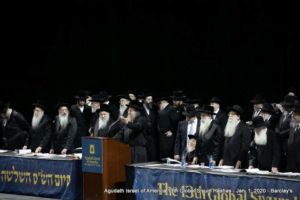 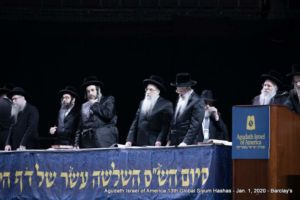 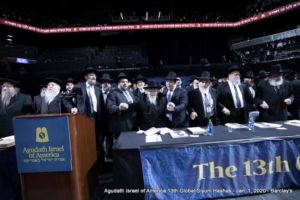 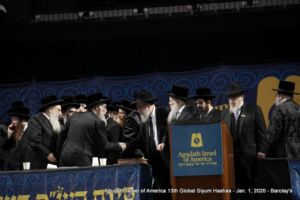 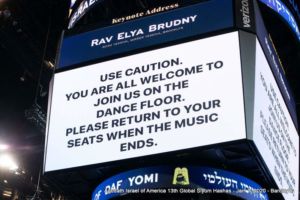 Inviting the Participants to the Dance Floor 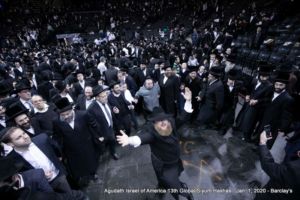 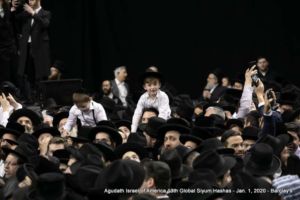 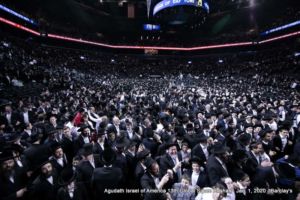 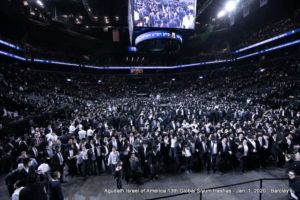 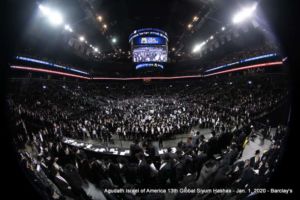 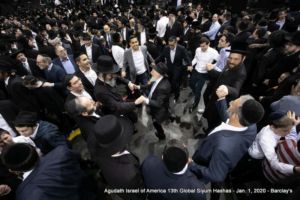 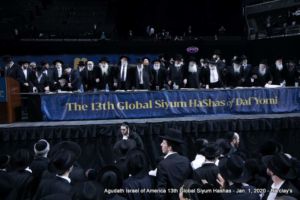 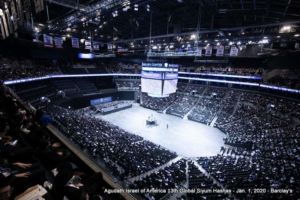 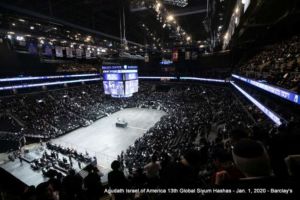