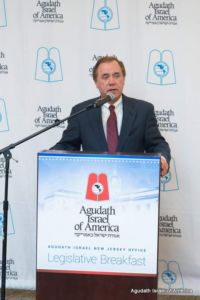 Months of diligent effort and advocacy by Agudath Israel of America’s New Jersey office has the state’s nonpublic school community hoping for a positive outcome, with the Legislature’s latest budget including the full restoration of previously slashed funding that would have been detrimental to the state’s private schools and their students.

Since that time, the Agudah and its advocacy partners have been lobbying Garden State legislators to continue funding these programs at current levels in order to benefit all nonpublic school children. The latest budget was submitted by the Legislature on June 21st and has been delivered to Governor Murphy who has the ability to veto individual line items, including the restored private school funding. The governor and the Legislature have been at odds about the budget for months 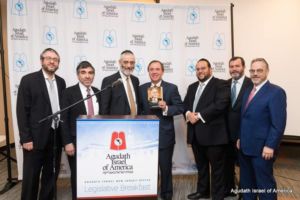 and if it remains unsigned a government shutdown would go into effect on July 1st.

The Legislature’s reversal of the cuts endorsed in the executive budget is a solid step in a positive direction, said Rabbi Avi Schnall, New Jersey director of Agudath Israel of America.

“Since the executive budget was first submitted this past winter, our number one priority has been to get those funds back in the budget,” explained Rabbi Schnall. “We are grateful to our friends in the Senate and the Assembly for their efforts on behalf of New Jersey’s growing private school community.”

Among those whose efforts were instrumental in restoring the previously cut funding were Senate President Stephen Sweeney, Assembly Speaker Craig Coughlin and Assembly Majority Leader Louis Greenwald. Rabbi Schnall also credited Assemblyman Gary Schaer for his considerable work on the budget, describing him as “a true champion of New Jersey’s nonpublic school students.”