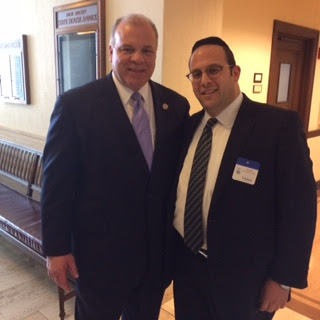 Rabbi Avi Schnall, director of Agudath Israel of America’s New Jersey division, welcomed the initiative. “It’s very positive and hopeful that the state’s leadership recognizes the flaws in the formula and is acting to address them,” he said.

Lakewood, Rabbi Schnall pointed out, added close to 1,500 students to its public-school system since 2008 without any additional allotment from the state. The result has been a constant and growing deficit. In early 2016, voters defeated a measure that would have raised taxes to close what was then estimated to be a $12 million shortfall.

To read the rest of the article click here.