Not all bridge builders have advanced degrees in engineering.

Armed with determination and a passion for public service, over three dozen men and women headed north to Albany on March 3rd, arriving at the state capital with a legislative agenda addressing critical areas and detailing Agudath Israel of America’s many accomplishments over its nearly 100 year-long history. Delegates spent a full day in meetings with lawmakers, building metaphorical bridges in an effort to effect change at the state level on high priority issues that directly impact New York’s Jewish community in a significant way.

This year’s Albany Day followed two targeted trips to the state capital, with representatives of the Hudson Valley’s Jewish communities speaking with lawmakers about local concerns on February 4th and a separate contingent representing Long Islanders heading to Albany on February 11th. Taking those initiatives one step further, the larger Agudah delegation that traveled to Albany this week met with legislators to discuss doubling security funding to nonpublic schools amid escalating anti-Semitism and restoring the $7 million reimbursement to nonpublic schools to fulfill a state mandate to collect and transmit detailed student immunization data. Also on the agenda was an effort to ensure educational integrity for yeshivas in the wake of draconian efforts by state officials to regulate private school curricula in light of over 140,000 comments submitted last summer, the vast majority of which opposed the proposed regulations.

An afternoon meeting with high ranking members of Governor Cuomo’s staff including Deputy Secretary for Legislative Affairs and Policy Dana Carotenuto, Deputy Security for Education Dan Fuller, Special Counsel to the Governor Beth Garvey and Deputy Secretary for Public Safety Jeremy Shockett was also extremely productive. That session was organized and moderated by Michael Snow, Governor Cuomo’s Director of Jewish Affairs. ,The discussion included an unscheduled conversation on the impact of the coronavirus on schools and shuls in response to breaking news of a confirmed COVID-19 diagnosis in a Westchester resident that had three yeshivas closing for the day and the Department of Health directing the Young Israel of New Rochelle to close its doors for the foreseeable future.

Agudah director of New York government relations Rabbi Yeruchim Silber said that the capital was unusually busy, with advocates for multiple causes flocking to Albany to meet with lawmakers during the height of the legislative season. Having a large group representing the Agudah’s constituency is crucial, observed Rabbi Silber.

“We spend significant amounts of time in Albany lobbying legislators but having individuals coming to meet with elected officials gives them a better appreciation of the fact that we represent a broad community,” said Rabbi Silber. “Seeing people taking the day off from work to travel to Albany makes it clear that the issues we raise are extremely important to our members and casts the spotlight on the people who are behind us.”

Agudah executive vice president Rabbi Chaim Dovid Zwiebel noted that the Agudah delegation was grateful for the opportunity to pave the way for new relationships with key officials while also renewing friendships with those they have worked with in the past. The fact that this year’s group was kept to a limited size also made Albany Day a more effective lobbying tool, giving participants a rare, hands on opportunity to effectively communicate their concerns with elected officials, observed Rabbi Zwiebel.

“These trips up to Albany are extremely valuable and if you are not seen and on the scene, then it becomes a lot harder to do the work we have to do,” said Rabbi Zwiebel. “We are grateful to those who spent the day in Albany and were actively engaged in lobbying, enhancing Agudas Yisroel’s team so that we can more effectively promote the interests of the community throughout the year.” 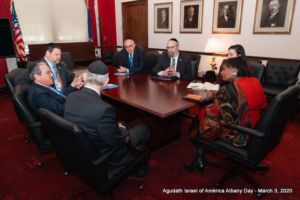 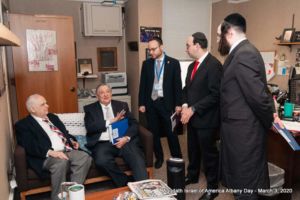 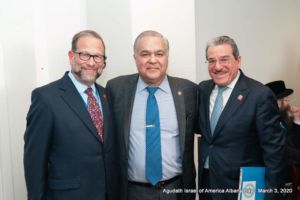 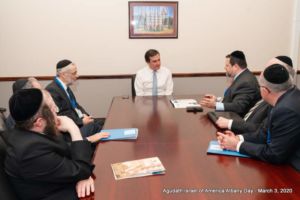 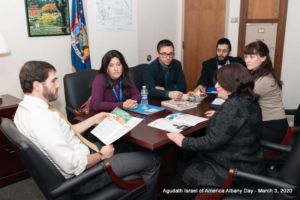 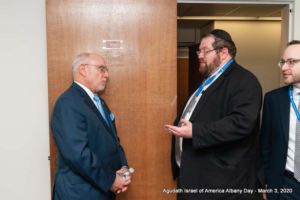 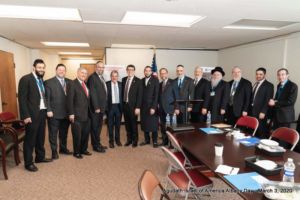 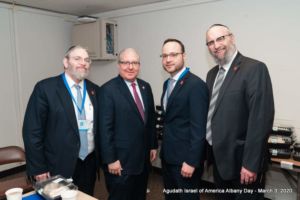 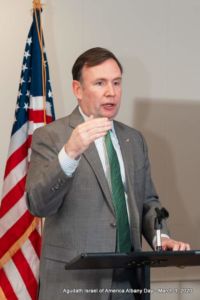 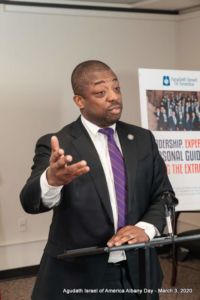 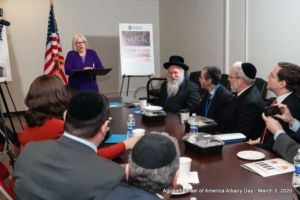 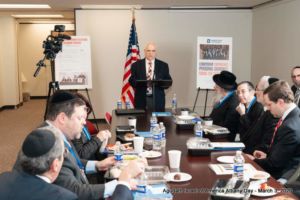 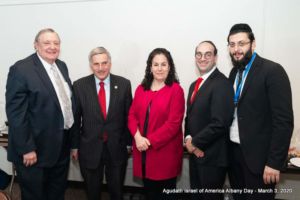 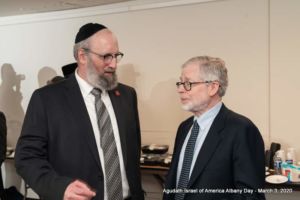 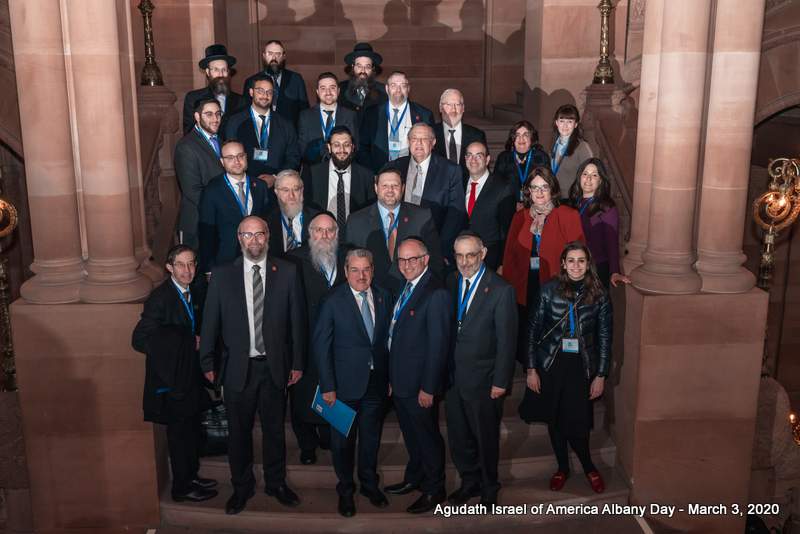 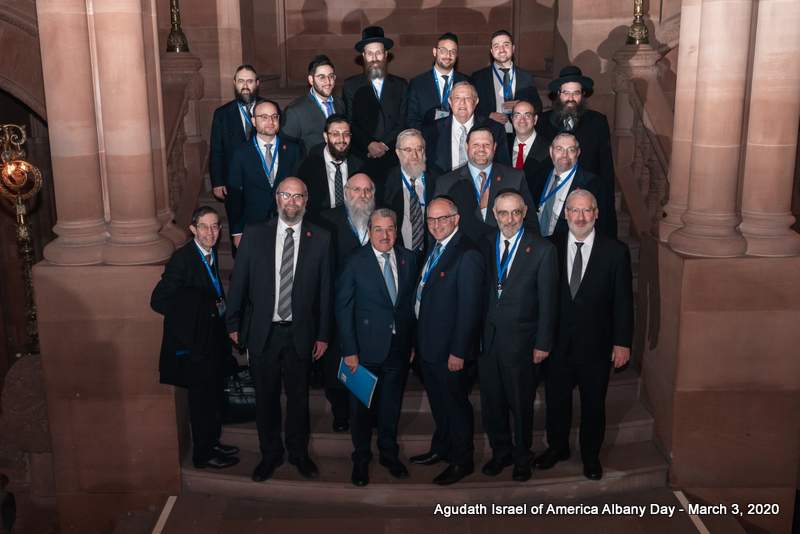