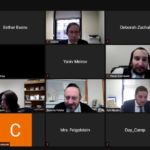 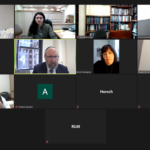 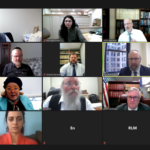 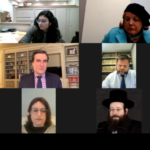 Agudah Albany Day looked very different this year, held virtually via Zoom rather than in person at the New York State Capitol in Albany. The Covid-19 pandemic may have cancelled a lot over the past year but the need for advocacy has certainly not been canceled.

The first in a series, Tuesday’s “Albany Day” focused on New York City. Among the subjects discussed with legislators were budget cuts to the Mandated Services Aid (MSA) in the executive budget, and a change in the language of the law that would enable future budgetary cuts to reduce the allocation of funds to nonpublic schools, and leave them with no recourse for recovering the funding. Substantial equivalency, busing cost reimbursements, and immunization recordkeeping reimbursements, were also discussed, as well as the Agudah’s concern as to how the Covid-19 vaccine distribution is being handled in the Orthodox Jewish community in New York City.

Rabbi Yeruchim Silber, Agudah’s director of New York government relations, said, “Holding Albany Day over Zoom was a new experience for us, but we found that our legislators were just as engaged and involved as if we had been meeting in person in Albany. We thank them for their participation and we will continue to be in contact with them throughout the course of the year.”