Print
Yeshiva success stories took center stage on Sunday, September 15th at Agudath Israel of America’s annual legislative breakfast, with more than 150 community leaders, yeshiva representatives and government officials turning out for the event titled A Celebration of Yeshiva Education.  Held at Agudath Israel Bais Binyomin in Flatbush, the program featured a panel discussion featuring four distinguished professionals speaking eloquently about how the academic foundations of their yeshiva education prepared them for their high profile careers.
Numerous elected officials attended the breakfast including New York City Comptroller Scott Stringer, Congressman Jerrold Nadler, Senator Simcha Felder, Assembly members Steven Cymbrowitz, Robert Carroll, Simcha Eichenstein, Joseph Lentol, Helene Weinstein and David Weprin and City Council members Chaim Deutsch, Mathieu Eugene and Kalman Yeger. Also in attendance were representatives of several other elected officials and New York State Assistant Education Commissioner Christina Coughlin, who left Albany at 5:30 AM in order to participate in the event.
Addressing the audience, Commissioner Coughlin noted that she has already devoted many hours to reading some of the 140,000 comments submitted to the New York State Education Department supporting yeshiva education. Commissioner Coughlin said that she has been impressed by the Orthodox Jewish community’s strong commitment to education and that she looked forward to learning even more about the yeshiva system.
Rabbi Moshe Tuvia Lieff, mara d’asra of Agudath Israel Bais Binyomin, spoke passionately about the yeshiva system’s lengthy track record for academic excellence, a phenomenon that he saw in his own yeshiva days and a tradition that continues in today’s schools. Congressman Nadler spoke proudly of his own yeshiva education, describing yeshiva education as the backbone of the Jewish community. Both Comptroller Stringer and Assemblyman Lentol discussed the importance of defending parents’ rights to choose their children’s education.
The panel discussion was the highlight of the 90 minute program, with Rabbi Chaim Dovid Zwiebel, executive vice president of the Agudah, moderating the session. The four panelists, all yeshiva graduates who are highly regarded in their own fields included Assemblyman Eichenstein, Professor Moshe Krakowski, Ph.D., director and associate professor at Yeshiva University’s Azrieli Graduate School of Jewish Education and Administration, Chaim Neuhoff Ph.D., clinical psychologist, and Shulem Rosenbaum a CPA with Roth and Co. LLP and also a professor of accounting at Touro College. Each of the panelists spoke at length about the high quality education that they received within the yeshiva system, describing the merits of the program which provides a full spectrum of knowledge in both the Judaic and secular studies departments.
Rabbi Yeruchim Silber, director of New York government affairs for the Agudah, said that the event gave voice to the many successes of the yeshiva system, one that is currently educating over 156,000 children in 520 schools statewide, saving taxpayers nearly $4 billion per year in educational costs while also scoring higher, on average, than public schools on statewide Regents exams.
“This was a true outpouring of support on behalf of the yeshiva system,” observed Rabbi Silber. “Speaker after speaker showed the value of a yeshiva education, demonstrating how it prepares students for achievement in later life. It is no secret that the success of our thriving Orthodox Jewish community is due almost entirely to the yeshiva system and we hope to be able to continue educating our children in this proven system that offers our children stellar academics without compromising on the values that define us as a community.” 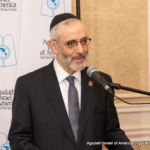 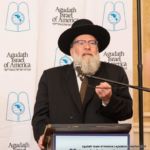 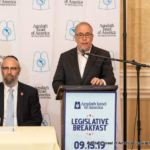 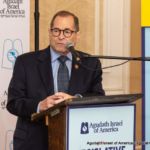 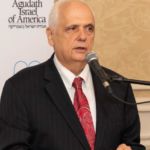 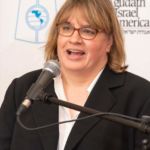 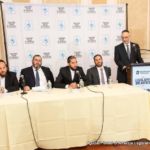 Panel of Experts on Yeshiva Education 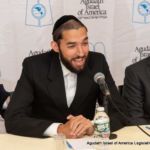 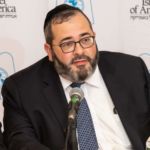 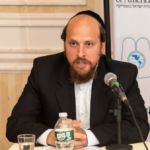 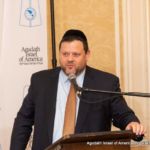 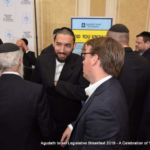 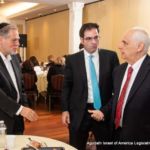 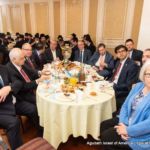 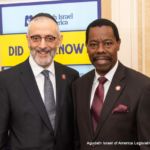 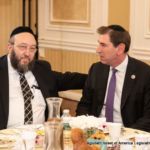 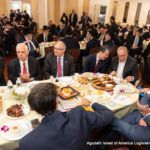 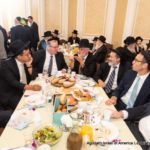 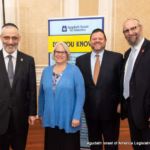 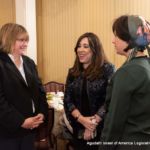 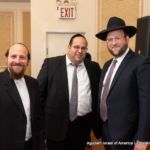 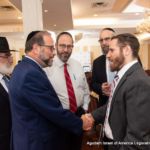 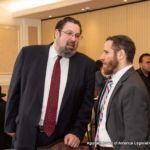 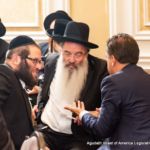 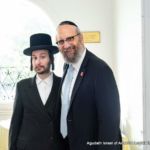 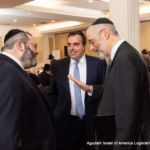 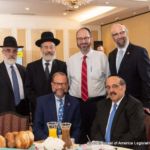 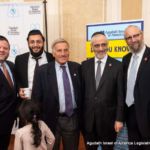 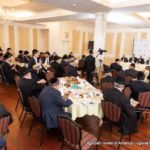 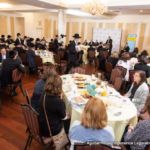