Agudath Israel of America applauds New York State Governor Andrew M. Cuomo’s announcement today of a second round of funding for the Securing Communities Against Hate Crimes Grant Program, with an allocation of more than $10 million in funding to make enhancements in the security arrangements for non-public schools, religious based institutions, and cultural centers. This could not have come at a more opportune time, as the rash of anti-Semitic and other hate crimes continues to rise across the globe, and particularly in New York State. In addition, Governor Cuomo’s announcement earlier this year of an additional $25 million in the state budget to extend the program another year demonstrates the governor’s resolve in addressing hate crimes and attacks.

“The governor is not just talking the talk, but walking the walk,” said Rabbi Yeruchim Silber, director of New York government relations. “As the recent tragic events in Jersey City demonstrated, the need for protection from horrible acts of hatred is now more than ever. We appreciate his support and help.”

Rabbi Chaim Dovid Zwiebel, executive vice president of Agudath Israel, agreed. “Governor Cuomo called threats to religious and cultural institutions a ‘cancer of hate and division.’ These are true words, and it is heartening to see New York State’s top elected official stand up against this cancer,” he said.

The money that was allocated will be granted to 207 projects which have applied for grant funding under the Securing Communities Against Hate Crimes Program. The program provides up to $50,000 in funding for additional security training, cameras, door-hardening, improved lighting, state-of-the-art technology and other related security upgrades at each eligible facility, for up to three facilities per organization. 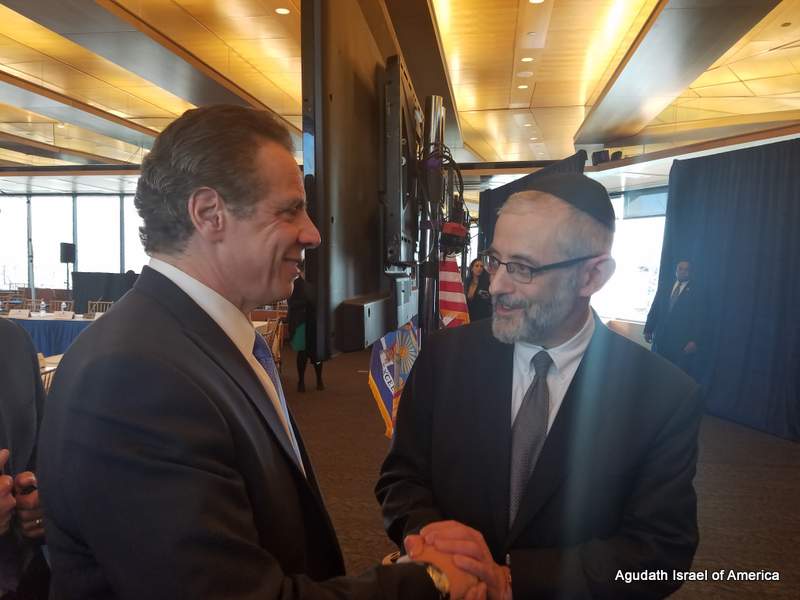