On Tuesday, Senator Tim Scott (R-SC) and Rep. Todd Rokita [IN-R-4], Chairman of the Subcommittee on Early Childhood, Elementary, and Secondary Education, re-introduced House and Senate versions of the CHOICE Act, legislation that will enhance educational choice in various contexts. Of primary interest to the Orthodox Jewish community is the bill’s application to special education programs, which have faced many difficult challenges in yeshiva day schools. To help “ensure that children with disabilities get educational options best suited for them,” the CHOICE Act provides funding that will follow the child to the parents’ school of choice, whether public, private or religious. 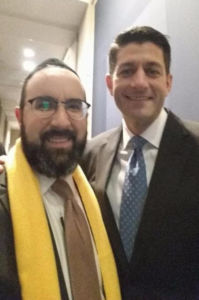 Rabbi Ariel Sadwin with Speaker of the US House of Representatives

Agudath Israel of America is pleased to endorse this legislation and to congratulate Senator Scott and Congressman Rokita, with whom the organization has been privileged to work with on this bill and on the promotion of school choice in general. Numerous school choice bills are expected to be introduced in both the House and Senate in the coming months, and Agudath Israel advocates will devote their full energies to help craft those bills and to encourage swift passage. 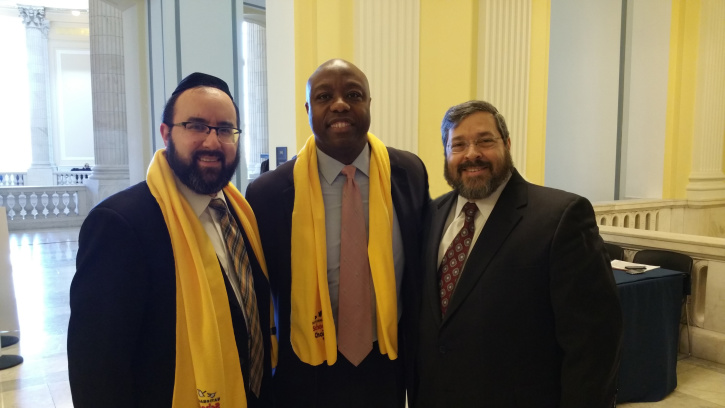