Agudath Israel Calls on Legislature to Adopt “No Hate in Our State”
Agudath Israel of America, in a letter sent today to Senate Majority Leader Andrea Stewart Cousins and Assembly Speaker Carl Heastie, called upon the state legislature to include Governor Cuomo’s “No Hate in Our State” proposal in the upcoming budget due to be passed before April 1.
This provision in the budget includes a first-in-the-nation domestic terrorism law, investing $25 million for religious not-for-profit organizations vulnerable to hate crimes, creating an education curriculum on diversity and tolerance for students in New York and investing $2 million to support the State Police Hate Crimes Task Force.
This call comes in the midst of a dramatic increase in incidents of anti-Semitism here in New York and across the country. Already this year, New York State Police have responded to 52 hate crimes, an increase of 45% relative to last year. Worse still, since the outbreak of the coronavirus there has been a visible spike of anti-Semitic tropes in social media and other platforms as well as actual incidents. In fact, just this week a visibly orthodox Jewish person was denied service at an Auto Repair shop in Orange County, after being told “you are spreading the virus.” This incident is currently being looked at by the Attorney General’s office.
If passed, the ‘No Hate in Our State’ campaign would help protect vulnerable not-for-profits and houses of worship, better equip law enforcement to respond to acts of hate, and inculcate students and young adults against prejudice and bigotry, creating a safer society for all.
Rabbi Chaim Dovid Zwiebel, Agudah’s Executive Vice President, said, “Governor Cuomo’s initiative could not be more timely. Scapegoating in difficult times has long been the hater’s stock in trade. We need this legislation, and we need it now.” 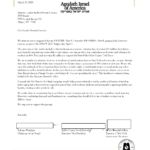 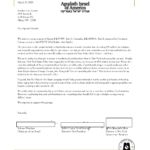