Agudath Israel of America applauds Senate Democratic Leader Chuck Schumer (D-NY) for his call to significantly boost security funding in the federal budget. At a press conference held yesterday at his New York office, which was attended by Agudath Israel’s Director of New York Government Relations Rabbi Yeruchim Silber along with other organizational and faith leaders, Senator Schumer called for a quadrupling of the Nonprofit Security Grant Program (NSGP) from its current level of $90 to $360 million.

The federal NSGP grants are available to houses of worship, schools, community centers and other not-for-profit institutions at risk of being targeted for terrorist attack. The funds can be used for hardening these targets with security enhancements, equipment and personnel.

Senator Schumer’s proposal comes in the wake of increasing violent attacks on religious institutions and members of religious groups, many of them directed toward the Orthodox Jewish community. Most recently, the community has been shocked by the brutal murder of four victims in Jersey City and the horrific Chanukah attack in Monsey, among other anti-Semitic incidents.

Agudath Israel, through its Washington Office, under the direction of Rabbi Abba Cohen, has long championed the issue of security assistance for nonprofits and, along with its coalition partners, were among the leading advocates successfully calling for the creation of NSGP grants. Every year since, the organization has sought to strengthen the program, including the most recent increase from $60 to $90 million. 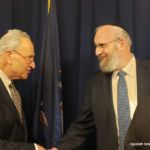 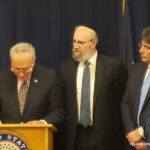 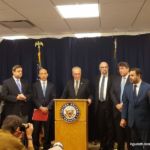 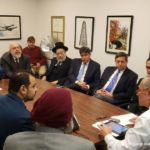