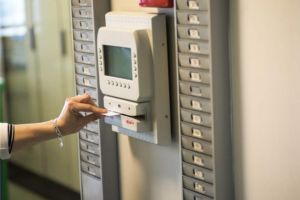 Washington — Agudath Israel of America, a national Orthodox Jewish organization, is applauding a new rule issued by the Office of Personnel Management (OPM) that will strengthen the ability of federal employees to take compensatory time off for religious observances. President Trump highlighted the development at the White House event honoring the National Day of Prayer. The OPM action was also strongly endorsed by Attorney General William Barr, who stated that “By offering more flexibility in employees’ work schedules, today’s new rule treats Americans of faith with respect and recognizes that government can make legitimate accommodations while still serving the public.” “The new rule is an important step forward in religious accommodation in the federal workplace,” said Rabbi Abba Cohen, Agudath Israel’s Vice President for Government Affairs and Washington Director, and a leader in the effort. “In the Jewish community, it will go far in helping those who need to take time off to observe the Sabbath and Jewish holidays.” The OPM final rule was almost fifteen years in the making. Federal law has provided for compensatory time for religious observance for several decades. Such time off is required under law unless it is determined that the accommodation would interfere with “efficient carrying out of the agency’s mission.” But the law and its terms were often applied unevenly across the federal government, with some agencies reportedly interpreting the law very narrowly and subject to the unfettered discretion of supervisors. In 2005, and then again in 2013, OPM proposed regulations that sought to address several deficiencies in the proposal. At those times, Rabbi Cohen drafted comments responding to the proposal and helped garner support of some twenty religious and civil rights groups of different denominational and ideological backgrounds. OPM’s final rule repeatedly referred to those comments. Highlights of the new rule include, among others, expanding the time allowed to earn compensatory hours to twenty six pay periods (approximately one year), rather than the originally proposed six pay periods (twelve weeks) that would have been impossible to accommodate religious time off in many instances. Moreover, the rule does not allow supervisors to make religious judgments as to whether it is necessary for an employee to take time off for religious observance, but rather leaves the determination up to the employee’s personal beliefs and adherence. Finally, denial of compensatory time, and its rationale, must be put in writing and available for review. In announcing the new rule, Acting OPM Director Margaret Weichert asserted, “Religious compensatory time is another way to respect the many, varying religious traditions of our civil servants” and that “This rule will provide flexibility to our current employees…”   After this 15 year effort has come to a close Rabbi Cohen said he was looking to the future. “The significance of the new rule goes beyond the federal employee, as the federal comp time law’s wide usage has made it a model for other current, and hopefully future, federal and state religious accommodation laws. Broadening religious rights in both the public and private workplace has become an increasingly relevant and necessary priority that enhances civil rights and American productivity,” noted Rabbi Cohen.
Sara Rosenbaum2019-05-08T09:24:10-04:00May 8th, 2019|