The $2.5 million program to reimburse nonpublic schools for state mandates that pertain to the health, safety, and welfare of their students was signed into law in June by Governor Rick Snyder, but immediately sent to the Supreme Court for review. 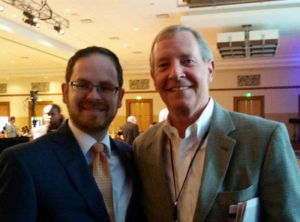 Agudath Israel of America joined several other organizations in an amicus curiae brief (click here to see brief) asking the court to review the program and supporting its constitutionality. Unfortunately, the court declined to opine on the constitutionality of the program because it wasn’t “persuaded that granting the request would be an appropriate exercise of the Court’s discretion.” This leaves the constitutional questions unanswered, but advocates are optimistic.

“While we are disappointed that the court didn’t provide the clarity we had requested,” said Agudath Israel of America’s national director of state relations, Rabbi A. D. Motzen, “we are happy that the program can now proceed.”

Michigan will now become the fourth state to reimburse private schools for state mandates. The multi-year effort was led by the Michigan Catholic Conference and the Michigan Association of Non-Public Schools, who were joined by Agudath Israel of America and other nonpublic school advocates.

The nation’s first mandated services program was established by the New York State Legislature in 1974, thanks to the pioneering efforts of Rabbi Moshe Sherer of Agudath Israel of America and other nonpublic school advocates.