At yesterday’s State of the Union address, President Donald Trump called upon Congress to expand school choice funding for one million American children. The Education Freedom Scholarships and Opportunities Act, the legislation the president referred to, has been a focus of Agudath Israel’s advocacy for its potential impact on tens of thousands of low-income families who struggle with their children’s tuition bills. We appreciate the president’s support of this bill and we hope that Congress does, indeed, pass it.

“President Trump has been a friend of nonpublic schools for the duration of his tenure,” said Rabbi Chaim Dovid Zwiebel, executive vice president of Agudath Israel. “His statements last night about school choice and opportunity, and his ringing words in eloquent support of religious freedom, are most reassuring to communities like ours. We thank him.” 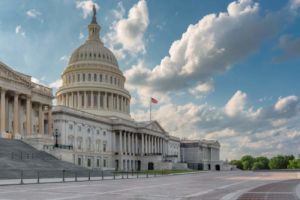 Last night’s State of the Union Address was held in the U.S. Capitol Building in Washington, D.C.