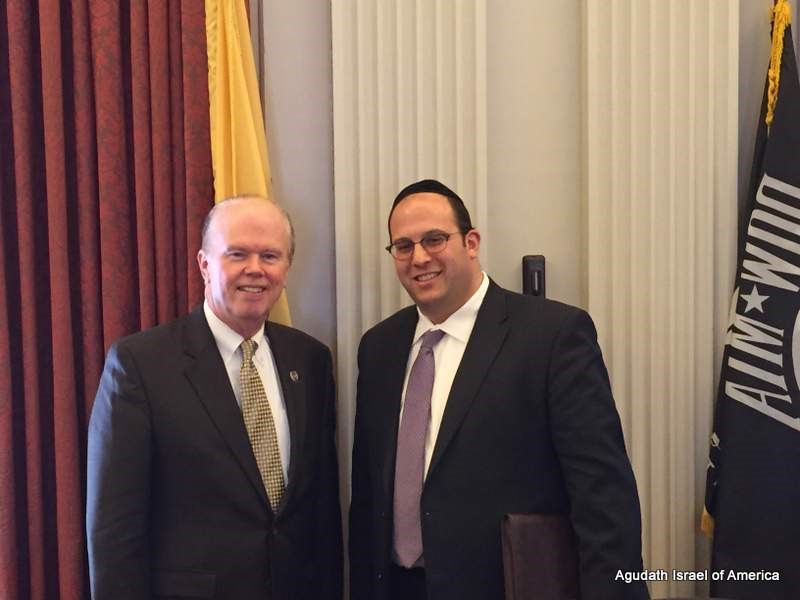 Agudath Israel of America’s New Jersey office lauded Governor Chris Christie for signing the “New Jersey Nonprofit Security Grant Pilot Program” on Wednesday morning, one of his final acts in office. The program allocates $3 million for distribution by the New Jersey Office of Homeland Security over the next three years for the security needs of nonprofit institutions, such as houses of worship, nonpublic schools and community centers.

These funds are in addition to the federal homeland security grants to nonprofit institutions. One important distinction is that, unlike the federal funds, the state funds can be used for live security guards, as opposed to just security equipment. This is a particularly common need for synagogues and other Jewish community institutions during major Yomim Tovim and other sensitive dates on the calendar. With recent terror attacks in New York and other locations, we are unfortunately reminded of how necessary security measures are, especially for religious minorities that are frequently the target of hate and violence.

Agudath Israel continues to work closely with the Office of Homeland Security as it establishes the applications process for the funds. Each institution can receive a grant of up to $10,000.

The legislation was first introduced to the State Assembly in October 2016 by Assemblywoman Annette Quijano, and later in the Senate by Senate Majority Leader Loretta Weinberg and Senator Patrick J. Diegnan Jr., who represents the Edison/Highland Park area. Despite the long legislative process, these legislators pushed relentlessly for the bill’s advancement, until its recent passage with overwhelming bipartisan margins in both chambers.

Rabbi Avi Schnall, Director of Agudath Israel’s New Jersey office, was actively involved throughout the process, “This bill was carefully crafted to account for the needs of diverse institutions across the state,” says Rabbi Schnall. “On behalf of all the residents who will benefit from this legislation, I would like to thank Assemblywoman Quijano, Senators Weinberg and Diegnan, Governor Christie, who made this crucial funding a reality.”