On August 16, New Jersey Governor Chris Christie signed an anti-BDS (Boycott, Divestment, Sanctions) bill. According to the bill, the BDS movement, which encourages boycotts, divestment, and sanctions against Israel “is a thinly disguised attempt to demonize Israel.”

At the signing ceremony, Governor Christie stated “Standing with Israel, for peace and democracy, requires more than just pledging military defense and support. It is in all of our best interests to invest in and partner with Israel, while opposing any attempt to wipe out Israel, economically or otherwise.

Since the original introduction of the bill in January, Agudath Israel remained involved in supporting the bill by testifying before Senate and Assembly committees and initiating a grassroots letter-writing campaign. Agudath Israel’s New Jersey director Rabbi Avi Schnall and Agudath Israel of New Jersey chairman Ralph Zucker attended the signing ceremony at the invitation of Governor Christie.

“Agudath Israel is very pleased that Governor Christie and the New Jersey Legislature have taken this courageous step and made such a strong statement against the anti-Semitic BDS movement. We hope it will serve as an example to other states throughout the country” said Rabbi Schnall. 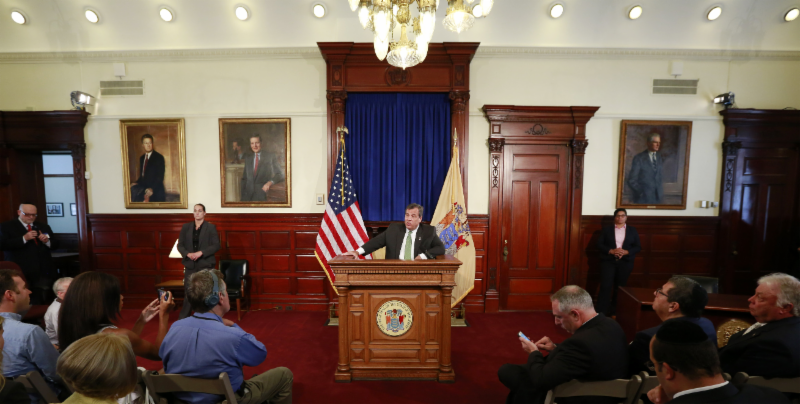