This week was one of the busier ones for Agudath Israel in Annapolis thus far this legislative session.

On Tuesday, the House Health and Government Operations committee heard testimony on a bill to prevent the State of Maryland pension system from doing business and securing procurement contracts with companies and corporations who are engaged in the anti-Israel movement known as BDS (Boycott, Divestment, and Sanctions). Agudath Israel presented both oral and written testimony in support of this bill. This bill is similar to that which has passed in 16 other state legislatures across the country.

On Wednesday, the cross-filed senate bill was heard in the Senate Budget and Taxation committee with Agudath Israel’s participation.

On Tuesday, committees in both legislative chambers heard testimony on a bill that has been strongly promoted by the ACLU and public school unions to force nonpublic schools to give up their constitutionally-protected autonomy related to student admission and retention policies or forfeit their state funding. This unprecedented assault on the autonomy of nonpublic schools bill has caused a stir across the nonpublic school community in Maryland and around the country. Agudath Israel submitted testimony in opposition of the bill and has been working with legislative leaders to educate them on the harmful ramifications of the bill. 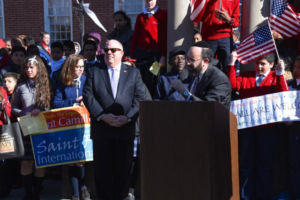 On Thursday, Maryland CAPE, under the leadership of Agudath Israel’s Rabbi Ariel Sadwin, held its annual nonpublic school advocacy day in Annapolis. In attendance was close to 1,400 nonpublic school students, teachers, and administrators, who came to display their appreciation for the state funded programs that benefit nonpublic schools and to request continued support from the legislature. The chant “BOOST our education!” was roared throughout the day by the students, who seek the continuation and expansion of the BOOST scholarship program that provided close to 2,500 scholarships to low-income students in its first year, including over 700 children attending Jewish day schools. The record-setting gathering was graced by Governor Larry Hogan, Senate President Mike Miller, and many other senators and delegates throughout the morning and at the special luncheon that followed. 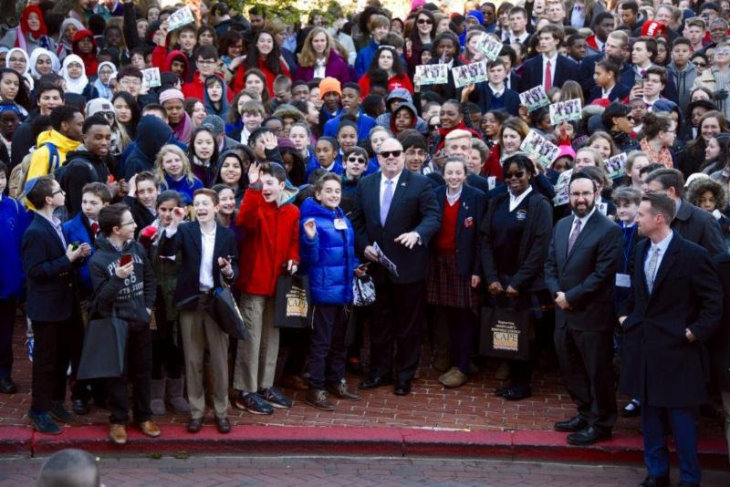