Every day, I am inspired by the dedication, skill, and compassion of my colleagues at Agudath Israel, but nothing brings out those feelings more than when we all get together. Thank you to Rabbi Ariel Sadwin for hosting last week’s government affairs staff retreat in Baltimore/Washington. Special thank you to our board member and national Jewish leader Howard Tzvi Friedman for joining us for a fascinating and wide-ranging discussion about bi-partisan politics and the Jewish community.

Even with a great staff, as a grassroots organization we rely on you, our community members, to  help us reach out to elected officials. Please take a moment to look at our action alert here, and ask Congress to maintain the current funding level of the Nonprofit Security Grant Program which is being threatened by a 40% cut.

Earlier this week, Rabbi Abba Cohen attended the first ever Ministerial to Advance Religious Freedom hosted by the State Department. Vice President Pence (video here) quoted from President Washington’s letter to the Hebrew Congregation of Newport, and referenced rising anti-Semitism around the world. 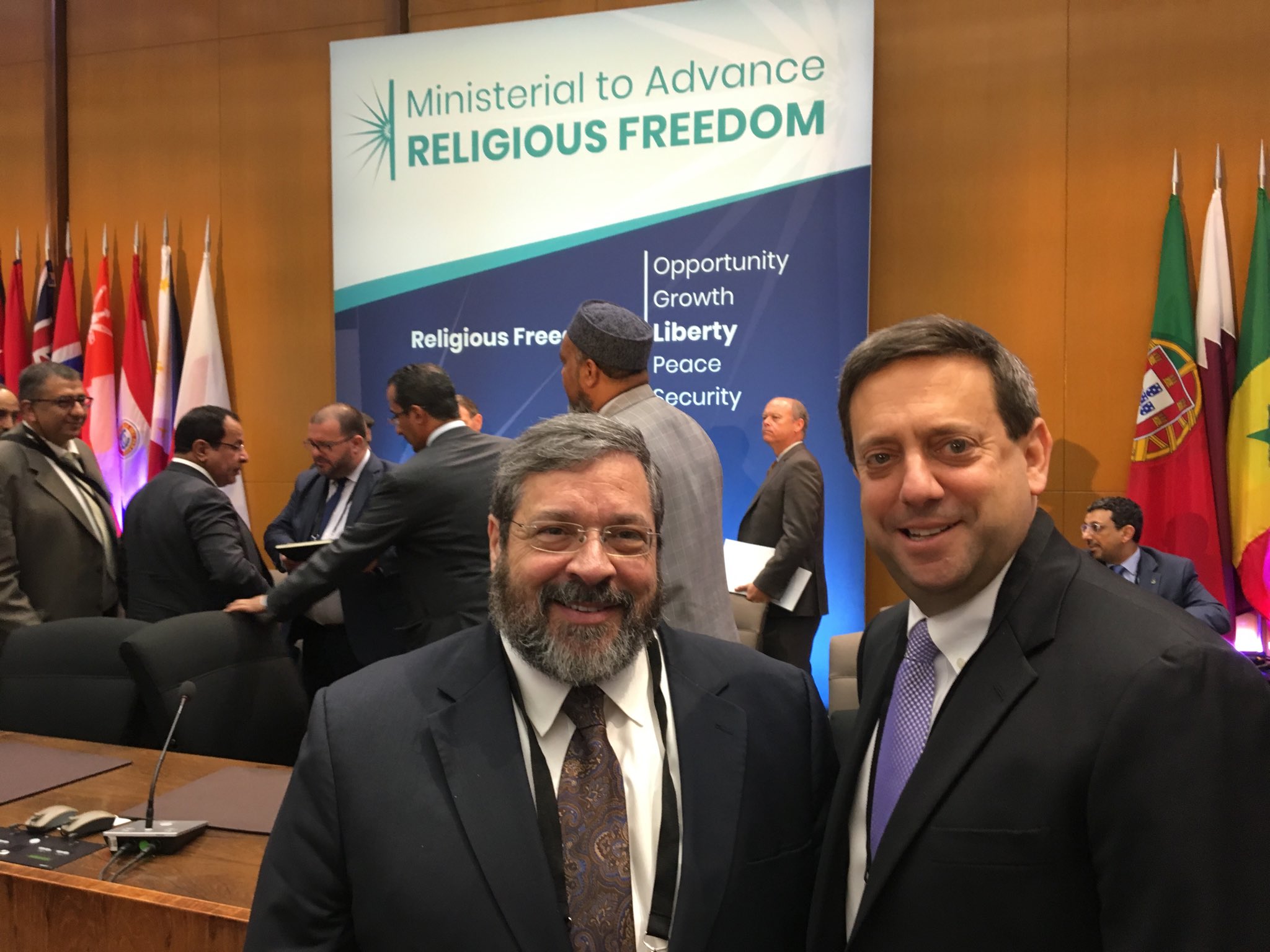 Rabbi Zwiebel told the Hamodia that he felt the “court will recognize that the new law is a laudable and constitutionally appropriate effort to accommodate the First Amendment right of parents to provide their children with an intensive Jewish studies program, while at the same time requiring an education that will enable those same children to function as productive members of society.”