“Delivers for our community”

“Delivers for our community” 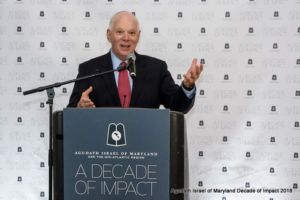 In a week where Jews were called termites, and Orthodox Jews were beaten on the streets of New York, Rabbi Zwiebel stood shoulder to shoulder with elected officials and faith leaders in front of NYPD headquarters (video here) to speak out against anti-Semitism. Anti-Orthodox discrimination was also one of the topics discussed with New York attorney general candidate Tish James as part of Agudath Israel’s continuing efforts to reach out to candidates in the upcoming election (see here).

Last Thursday, I joined several Agudah colleagues at the American Federation for Children NYC gala dinner where we had the opportunity to hear their board member Senator Joe Lieberman speak about the importance of bipartisan support for school choice. I then traveled to Baltimore on Sunday where school choice and religious freedom were the main issues highlighted at the 10th anniversary gala of Agudath Israel of Maryland and the Mid-Atlantic. I encourage all of our readers to watch the inspiring video shown at the event (see here). It is no wonder that more than 700 people came to pay tribute to Rabbi Ariel Sadwin and the government officials recognized that evening. In the words of Agudath Israel board member and former president of AIPAC, Howard Tzvi Friedman, “Ariel Sadwin delivers for our community.” 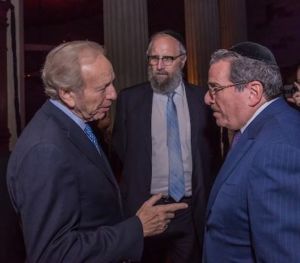 In case my discussion of tax laws left you thoroughly confused last week, our press release here gives a little more background to the issue we raised with the IRS regarding scholarship tax credit programs. We are hopeful that Secretary Mnuchin, who said, “we appreciate the value of state tax credit programs, particularly school choice initiatives,” will issue a final version of the proposed regulations that will fully protect the scholarship programs that are so valued by the Administration and millions of Americans.

Finally, while it wasn’t a complete win, a recent ruling by the Michigan Court of Appeals gives hope to nonpublic school advocates in that state.

Upcoming events: last chance to RSVP for our Yeshiva summit (here) October 24th, time to register for the national Agudah convention, and stay tuned for details of the upcoming Midwest Convention.