Get Ready for a Movement in Time

Get Ready for a Movement in Time

What is a movement? A movement is people uniting behind similar ideals, visions and goals. A movement harnesses the power of numbers to advance those goals. The Agudah has been furthering and continues to further the goals and ideals of Torah and our community, taking the timeless principles of Torah and applying them faithfully to each and every circumstance under the guidance of our Gedolim. It is a movement that has shown the capacity to persevere, and function as effectively today as it did nearly a century ago. The Agudah is truly a Movement in Time.

The Agudah is so much more than an organization. The fingerprints of the Agudah are on virtually every single component of our lives. Our ability to live comfortably and enjoy the freedom of our Torah lives is thanks to The Agudah’s past and current efforts.

Tuesday, May 29, Agudath Israel of America is celebrating their 95th year of unbridled, determined, and successful work on behalf of Klal Yisrael, at the New York Hilton hosting a monumental event – A Movement in Time.

The Agudah’s history is rich with heroics, as leading members of Klal Yisrael made it their mission to champion the cause. It is a glorious history for which the title history is imprecise. For history connotes the past whereas The Agudah’s movement continues vibrantly, now and into the future. No one personifies what The Agudah stands for more than Mr. Shlomo Werdiger and Mr. Mendy Klein. Mr. Shlomo Werdiger is a stalwart for orthodox Jewry and has been for more than 3 decades. As chairman of the board of trustees of The Agudah he has been the driving force of many initiatives and accomplishments of the Agudah. Mr. Mendy Klein, one of our community’s leading activists, is someone who is constantly focused on the needs of others and does immeasurable work for the tzibbur. Both of these outstanding individuals will be recognized at the event for their work and commitment to Klal Yisroel and Agudas Yisroel. 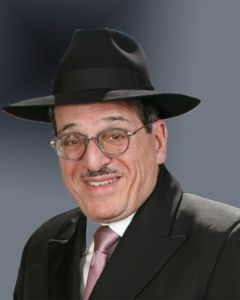 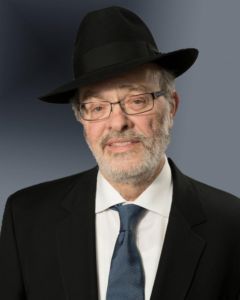