Halfway In, Participants Seizing Every Moment to Learn as Agudah Yarchei Kallah Continues

Halfway In, Participants Seizing Every Moment to Learn as Agudah Yarchei Kallah Continues

It is a timeless ma’amar chazal that is familiar to all, but participants at the Agudah’s Yerushalayim Yarchei Kallah saw the words avira d’Eretz Yisroel machkim coming to life on Tuesday as they began day two of their learning.

Inhaling Torah with their every breath of Yerushalmi air, participants have already found their davening transformed by Monday’s shiurim, and by 6:30 AM, the main ballroom at the Ramada Jerusalem Hotel was already buzzing as the day began with the Daf Yomi shiur given by the Agudah’s Daf Yomi Commission chairman, Rabbi Gedalia Weinberger, daf yomi maggid shiur at Agudath Israel Zichron Chaim Tzvi of Madison.

The day’s shiurei iyun delved deeply into the sugya d’kallah, with HaRav Boruch Dov Povarsky, Rosh Yeshiva, Ponovez speaking in Yiddish and HaRav Yosef Chevroni, Rosh Yeshiva, Yeshivas Chevron, addressing the Yarchei Kallah’s English track. The senior Rosh Yeshiva of the prestigious Ponovez yeshiva spoke warmly, offering clear explanations on various circumstances pertaining to the zmanim for Mincha. Rabbi Chevroni began his shiur by showering praise on participants for leaving their everyday lives behind to spend their week at the Yarchei Kallah. He further engaged his audience with a discussion on determining precedence between tefilos when conflicts arise. HaRav Asher Weiss, Av Beis Din, Darchei Hora’ah, kept lomdim spellbound for almost two hours, offering halachic perspectives and answering dozens of questions on a wide range of tefilah-related topics including davening on an airplane and in various emergency situations.

The already upbeat tenor of the Yarchei Kallah was further enhanced by Rabbi Shimon Lefkowitz’s siyum on Maseches Brachos, made in memory of his parents, Rabbi Yisroel and Mrs. Shoshana Lefkowitz, patriarchs of the Agudah family, who devoted themselves to tzorchei tzibur.

Following the siyum, HaRav Shragi Kallus, Rav Khal Imrei Pi, Ramat Shlomo and Rosh Kollel, Machon L’Horaah L’Rabbonim, launched into an energetic discussion of Chazaras HaShatz and its status as a crucial component of our tefilos, enhancing the individual’s Shmone Esrai in multiple ways. Rabbi Kallus recalled how impressed he was to see balabatim dedicating themselves to an intense week of Torah study at his first Yarchei Kallah 20 years ago, adding that he never imagined that one day he would be returning to the annual event as a maggid shiur.

It was an equally full schedule for the Yarchei Kallah’s ezras nashim, who left the Ramada at 8:45 AM and headed north for a full day of touring. A visit to Chatzor, the Middle East’s largest historic site, provided an opportunity to see historical artifacts recovered from the city, which was burned to the ground by Yehoshuah and later rebuilt by Shlomo Hamelech. After a stop at the nearby kever of Choni Hameagel, the women had lunch and heard Mrs. Tova Mordechai, a former evangelical minister, share how she found herself drawn to yiddishkeit, becoming a giyores and committing to a life of Torah and mitzvos. Moving on to Tzefas, the women split into two groups, with some visiting the kevarim of the Arizal, Rav Yosef Karo, Reb Leib Baal Hayisurim and additional gedolim. Others took a guided tour through the Old City, taking in its historic shuls, narrow alleyways and colorful art galleries.

Despite the long day, participants seemed reluctant to see Tuesday draw to a close, marking the official halfway point of the Yarchei Kallah. Rabbi Eliyahu Simcha Bamberger, national director of the Agudah’s Daf Yomi Commission, related that when one of the shiurim finished ahead of schedule and the maggid shiur was informed that there was still more time available, he returned to the podium, with participants bursting into simultaneous, spontaneous applause.

“They were thrilled by the opportunity to spend another 20 minutes soaking up divrei Torah from this esteemed Rov,” said Rabbi Bamberger. “This is what the Yarchei Kallah is all about, seeing people leaving everything behind and spending a week basking in the glow of the illustrious rabbonim who grace us with their presence. The participants are truly taking advantage of every precious minute to live the words ‘Tov li Toras picha mayalfei zahav v’chesef.”

Audio and video recordings of the Yarchei Kallah are available on https://aiayk.org/audio-2020/. 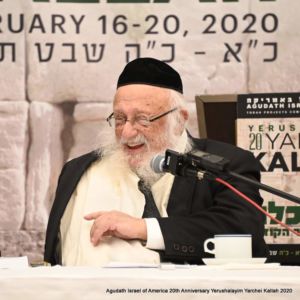 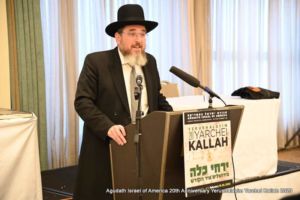 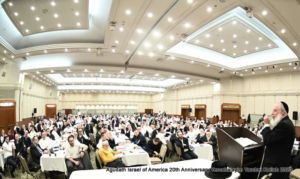 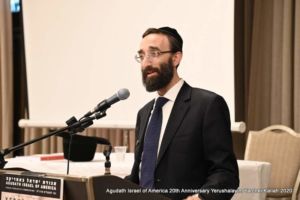 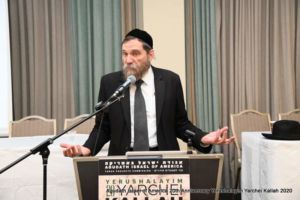 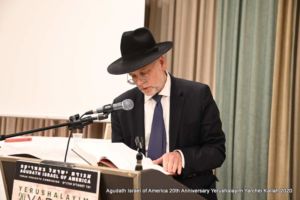 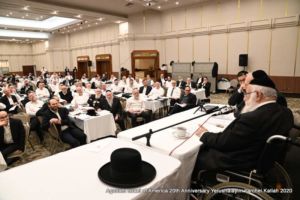 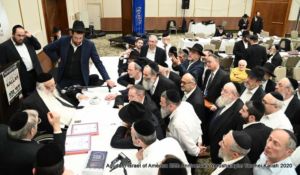 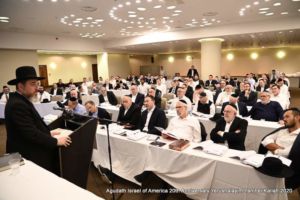 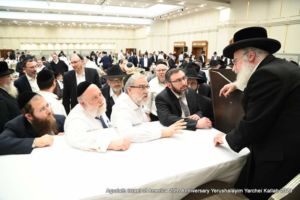 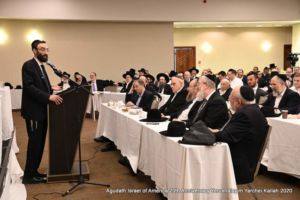 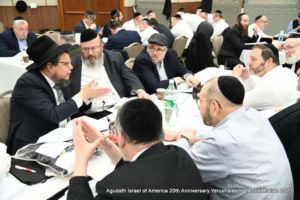 Rabbi Shlomo Cynamon with his Chabura 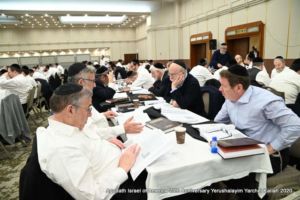 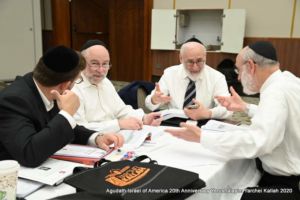 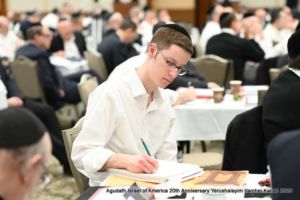 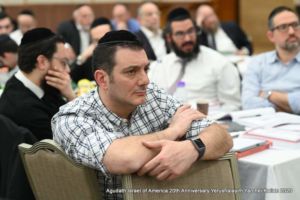 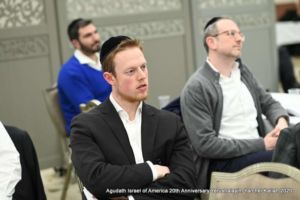 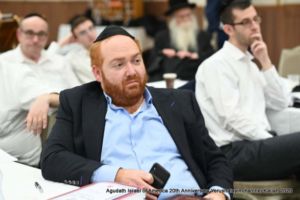 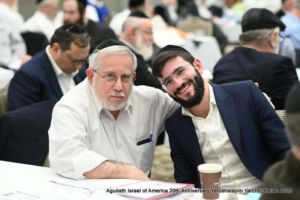 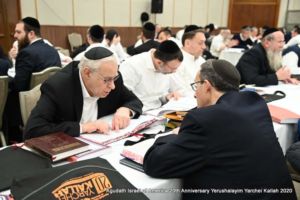 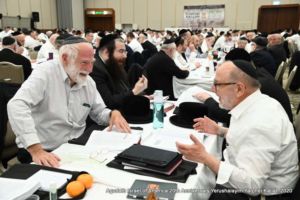 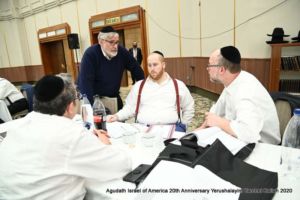 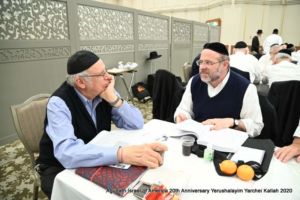