History Has Been Made In Illinois!

History Has Been Made In Illinois!

Chicago – Illinois Governor Bruce Rauner signed into law today a school funding bill that includes a historic $100 million scholarship tax credit program supported by Agudath Israel of Illinois. The new program, a culmination of years of effort, will enable thousands of children to attend the school deemed best for them by their parents.

The final bill was a product of months-long negotiations, and the scholarship tax credit program was included as part of a larger bipartisan compromise 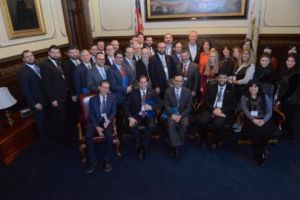 involving statewide public education funding reform. On Monday, the Illinois House of Representatives passed the bill after it failed on the first attempt. The Senate concurred on the following day.

“Many people deserve credit for this great achievement,” said Rabbi Yitzchok Ehrman, CEO of Agudath Israel of Illinois, “but we are most proud of our director of government affairs, Rabbi Shlomo Soroka, who has spent many long days and nights in the state capitol and countless hours advocating, negotiating, and helping craft policy that would be of maximum benefit to families. This accomplishment marks the culmination of more than a decade of Agudath Israel of Illinois’ work to bring school choice to the children of Illinois.”

With such a significant program on the line, Rabbis Soroka and Ehrman led a group of dedicated lay leaders on a special trip to Springfield early Monday 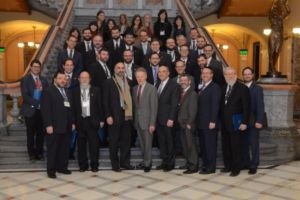 morning to meet with legislators and secure key votes.

The $100 million program will be funded by individual and corporate donors who will receive a 75% credit on their state taxes. Students from families who earn up to 300% of the federal poverty level are eligible, though lower-income students can receive higher scholarships and are prioritized. There are other factors that prioritize eligible students and many other details that will determine the number and dollar amount of scholarships awarded.

“This is a huge victory for our community and for all the children in the State of Illinois,” said Rabbi Soroka. “We couldn’t have done it without the vision and efforts of our elected officials and coalition partners.”