In an overwhelming 393-5 vote, the U.S. House of Representatives passed the Never Again Education Act, legislation which would provide assistance for Holocaust education and other programs promoting the importance of preventing hatred and bigotry. The bill, whose lead sponsors were Reps. Carolyn Maloney (D-NY) and Elise Stefanik (R-NY), was passed on International Holocaust Remembrance Day, and won wide bipartisan support.

“Raising the level of Holocaust awareness within United States, and particularly among our young people, is the call of the hour,” according to Rabbi Abba Cohen, Vice President for Government Affairs and Washington Director of Agudath Israel of America. “The pattern of hate crimes that have targeted American Jews of late, and the shocking level of ignorance about the Holocaust as demonstrated in recent polls, make Holocaust education an important weapon in the battle to combat this hate.”

Under the bill, $10 million will be allocated over a five year period to expand the U.S. Holocaust Memorial Museum’s educational programming across the country and to develop new resources, including a centralized website, that will trace Holocaust history as well as post-Holocaust patterns of racist behavior.

Of particular importance, the funding will also expand support for resources and curricular material for educators. Teachers who integrate lessons of the Holocaust within their respective curricula may be eligible for funding. The bill’s assistance may also be channeled towards professional development programs, allowing for a greater number of local, regional, and national workshops. Ultimately, the hope is that the Museum will be able to offer joint programs of teacher training, thereby enhancing the discipline of Holocaust education throughout the nation – perhaps throughout the world.

Rabbi Cohen, who helped support and promote the bill, praised Reps. Maloney and Stefanik and other cosponsors for their devotion and unity regarding this issue. He also thanked Hadassah and the Jewish Federations of North America for their role in moving the legislation forward.

“We fervently hope that today’s youth will become vigilant about protecting the world from individuals and organizations that seek, however subtly, to promote anti-Semitism and any form of hatred,” he noted. “The more they learn about the Holocaust, the more they understand the evil, horror and stigma of it, and perhaps ‘never again’ will be one step closer.” 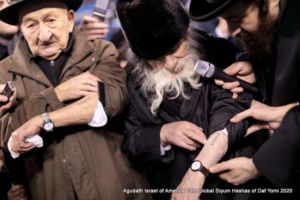 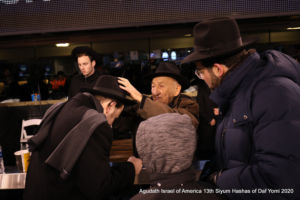