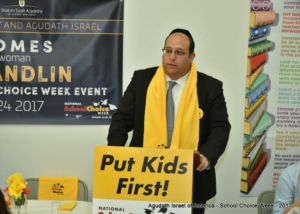 Assemblywoman Handlin shared that her own children learned in Jewish private schools and what a privilege that was for the entire family. She stressed that when young children rally on behalf of a public policy cause it can make a strong impression on legislators, and encouraged the students to remain engaged in governmental and community affairs.

While the prospects of implementing broad private school choice in New Jersey appear bleak, Rabbi Schnall offered a ray of hope. He cited the Biblical story of Pharaoh’s daughter, who stretched her hand out to retrieve Moses from the Nile even though he appeared to be unreachable. “When a child cries out for help, you stretch out your hand and G-d performs a miracle,” Rabbi Schnall summed up, expressing hope for a similar miracle on behalf of New Jersey’s children.

Mr. Goldenberg elaborated upon the importance of both adults and children remaining politically engaged in order to influence public policy on school choice and other important issues. When parents hear from their children about a school event like this luncheon, it encourages them to become more politically active as well. “Never underestimate the power you have,” said Mr. Goldenberg. 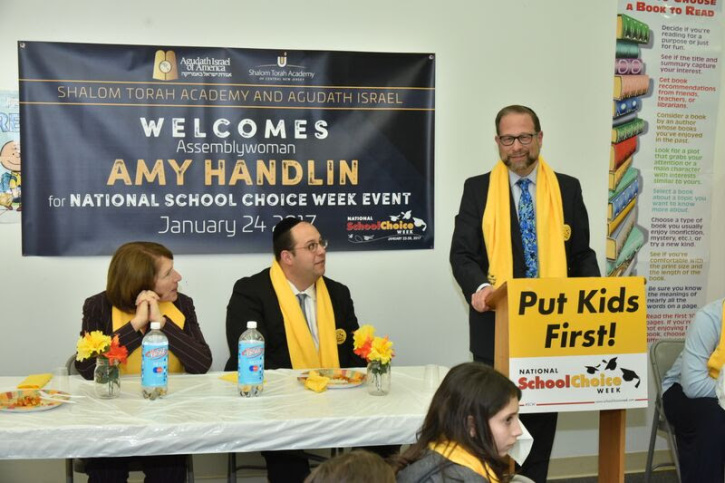 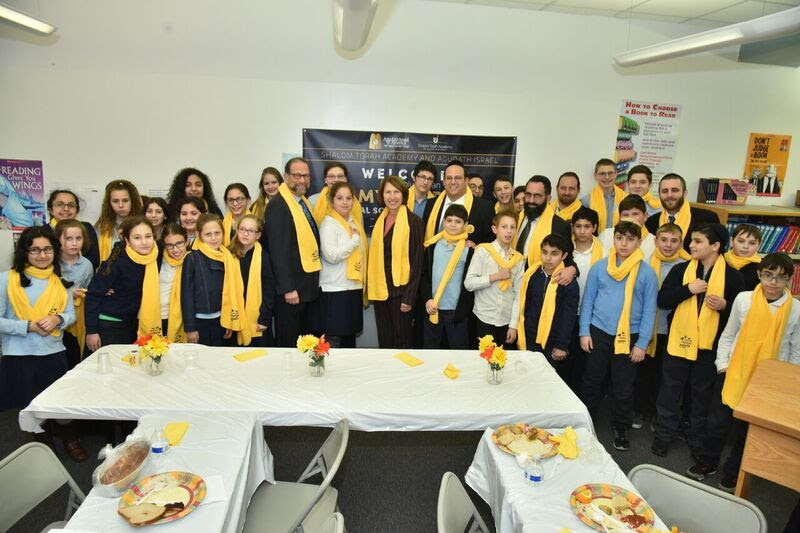