In the Capitol on Zoom: Agudah’s Albany Day Continues 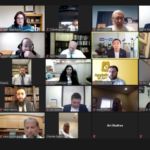 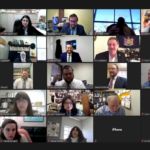 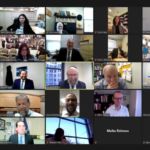 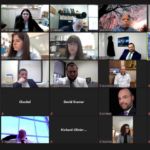 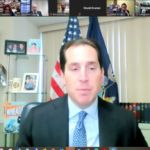 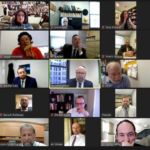 Navigating the mute and video buttons on Zoom, rather than the halls of the Capitol Building in Albany, was a new experience for those participating in Agudah’s Albany Day. But just as the need for advocacy continues during a pandemic, so do the advocates. The platform may be different but the work stays the same.
The second installment of the Agudah’s “Albany Day” series focused on Far Rockaway and Long Island legislators and residents. Constituents and members of the Yeshiva and nonpublic school education community, representing thousands of students, joined to discuss with their legislators important issues that their communities are currently facing.
Participants in the Albany Day meeting discussed with their local legislators the problem of budget cuts to Mandated Services Aid (MSA) in this year’s executive budget. More importantly, representatives from Long Island schools stressed the unique threat that private schools would face if the proposed change in the language of the law is implemented. What’s at stake is that future budget cuts to the allocation of funds to nonpublic schools would be allowed, and leave them with no way of recovering the funding. Other items discussed include immunization recordkeeping reimbursements, STEM funding, busing cost reimbursements, and obtaining busing services for Long Island schools for their students from the New York City area.
Today’s virtual meetings were attended by Senators Joseph Addabo, Leroy Comrie, Todd Kaminsky, Assemblywoman Stacey Pheffer-Amatto and staff members of Senator Anna Kaplan and Assemblywoman Judy Griffin.
Rabbi Yeruchim Silber, Agudah’s director of New York government relations, said, “There are certainly challenges that come along with holding Albany Day virtually over Zoom, but engagement, participation, and willingness to listen to us and work with us on important issues from the legislators has not been one. We thank them for making themselves available and look forward to continuing our relationships with them and their staff.”
This year’s virtual Albany Days will conclude with Hudson Valley constituents meeting with local legislators on Tuesday, March 9th.
Esther Evans2021-03-04T17:08:51-04:00March 4th, 2021|