While we usually intervene in legal cases through the submission of amicus curiae briefs, often with the pro bono assistance of lawyers and law firms and law students, we filed our own lawsuit in federal court challenging Governor Cuomo’s attendance restrictions on houses of worship, in particular the severe restrictions on shul attendance in certain neighborhoods.  The case began in federal district court, then went to the United States Court of Appeals for the Second Circuit, and then to the Supreme Court of the United States, which granted our request for a preliminary injunction enjoining the Governor from enforcing those restrictions.  Based on the Supreme Court’s ruling, we then litigated the case before the Second Circuit, which issued a ruling instructing the district court to issue an injunction preventing the Governor from enforcing the restrictions that limit shul attendance to 10 or 25 people in certain zones, and to consider, in light of the Supreme Court’s decision, whether the Governor’s “percentage capacity” limits were a violation of the Free Exercise Clause of the First Amendment. The district court issued a permanent injunction against enforcement of the Governor’s restrictions against the number of people who can attend worship services and the percentage capacity limitations. It was a major victory for religious freedom.  The full text of all of these court decisions and the press releases regarding the court filings and decisions are posted below: 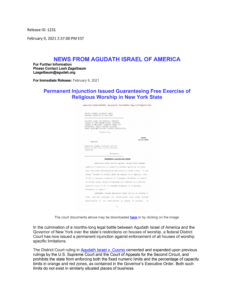 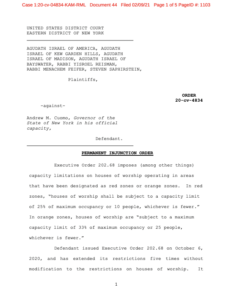 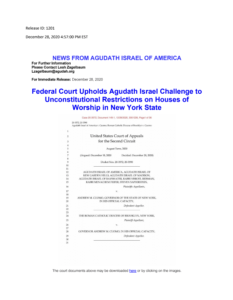 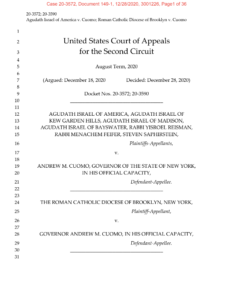 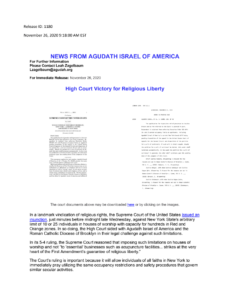 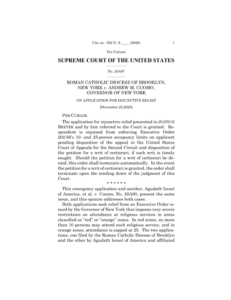 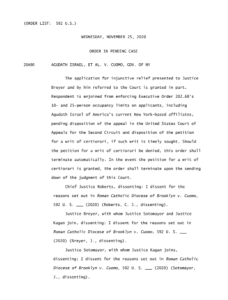 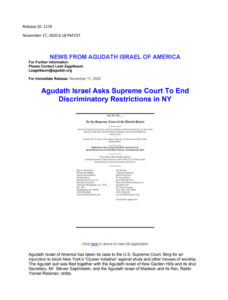 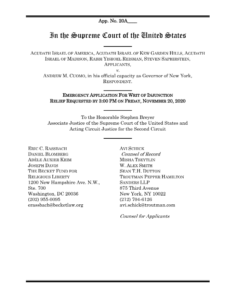 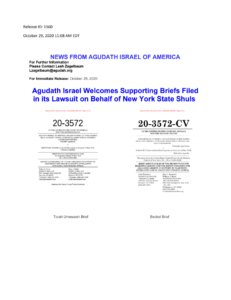 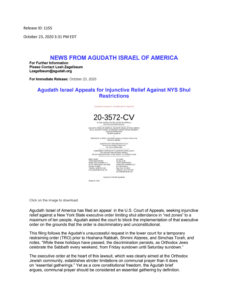 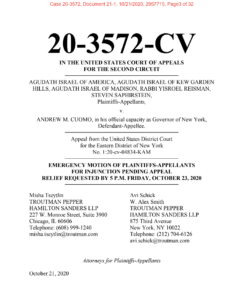 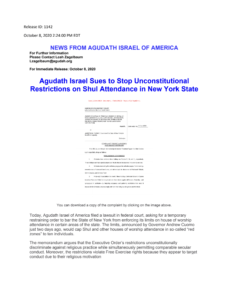 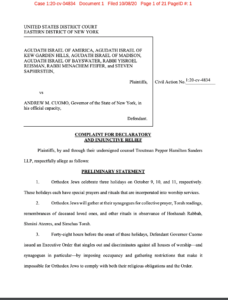