Print
Agudath Israel of America is commending congressional negotiators for including several measures that will be of significant benefit to all Americans, and particularly to the Jewish community, in the $1.3 trillion omnibus federal spending bill just signed by the President.
Agudath Israel has worked extensively and in concert with other advocates to achieve these objectives, which will, among other things, enhance security for public and private schools and at risk community nonprofits, as well as provide financial consequences for the Palestinian Authority for condoning and supporting acts of terror.
A Jewish community priority has been the passage of the Taylor Force Act, legislation sponsored by Senator Lindsay Graham (R-SC) and Representative Doug Lamborn (R-CO), and strongly promoted by Jewish community leader, Sander Gerber. Included in the omnibus, the Act withholds financial assistance to the Palestinian Authority if it abets, condones or honors terrorists or terrorism, including making “reward “payments to the families of terrorists
“The Taylor Force Act is a tangible expression that when the U.S. says it will fight terrorism, it means what it says,” said Rabbi Abba Cohen, Agudath Israel’s Vice President for Federal Affairs and Washington Director.  “Supporting terrorism, or those who commit acts of violence against innocents, is not to be tolerated. Period.”
Moreover, among the many allocations listed in the 2,232 page omnibus bill are $60 million for the Nonprofit Security Grant Program (NSGP).  Agudath Israel has spent more than a decade working with other Jewish groups at the forefront of creating and maintaining the program which currently provides funding for security enhancements for nonprofits in specified urban areas that are at high risk of terror attacks.
“Agudath Israel has long advocated that, with the spike in hate crimes over the years, particularly anti-Semitic ones, a dramatic increase in funding was imperative and that eligibility should be determined on a number of threat-related factors and not be limited to certain geographical locations,” noted Rabbi Cohen, “The threat is real, ongoing and increasing.”
Under the new spending bill, the amount of funding to nonprofits in specified at risk areas will be doubled to $50 million, while an additional $10 million will be allocated for nonprofits in other locations.
“The expansion of the NSGP to a wider range of areas is great news for nonprofit institutions in places like Rockland County, New York, and cities across the country which until now have not been able to access these crucial security funds,” said community activist Mrs. Rivkie Feiner. “For years I have joined Agudath Israel on its missions to Washington where I have brought up this issue to elected officials and even to the person in charge of all of the Department of Homeland Security grants. It’s nice to see that persistence pays off.”
“It has been an honor to work with the Jewish Federations of North America, the Orthodox Union and JCRCs from around the country, and it was inspirational to see our constituents respond to the call by mobilizing and making this a priority issue in their communities and with their elected officials,” added Rabbi Cohen in hailing the achievement.
Also included in the package is the STOP School Violence Act, sponsored by Senator Orrin Hatch (R-UT), and other provisions that will provide billions of dollars for programs administered by the Departments of Justice, Education and Health and Human Services that will increase school security and better identify possible threats through technology and other methods. Because of foreign and domestic threats, school safety has been a perennial priority for Agudath Israel, which has consistently argued to Administration officials and congressional leaders, past and present, that safety initiatives must encompass all schools and all schoolchildren.  In the aftermath of Parkland, and in the subsequent legislative effort, Agudath Israel, together with other private school advocates, renewed its call to the White House and Capitol Hill for equity between public and private schools in both new and existing programs.
Rabbi Cohen lauded the Omnibus for better ensuring the safety of America’s school children, as well as the inclusion of both public and private schools in key school safety provisions, observing that “It makes an important statement that all children – regardless of the school they attend – are precious, and deserve a learning environment that enjoys the utmost protection of body, mind and spirit.”
The Omnibus bill also restores and increases funding for professional development for teachers under “Title II” of the Elementary and Secondary Education Act of 1965. When reports circulated that the program might be cut or eliminated, Agudath Israel had joined fellow members of the Council for American Private Education encouraging Congress to maintain and increase funding that would pay for the professional development of teachers in all schools, including religious and independent schools, thereby promoting student achievement. 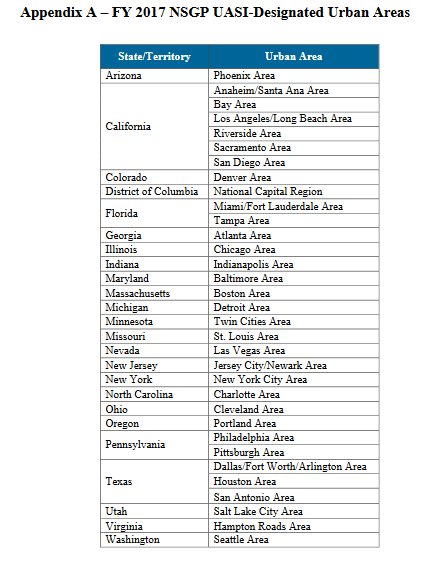