Meeting with Yeshiva Administrators Preps Agudah Advocates for New Legislative Session in Albany
Print 🖨 PDF 📄
As 2019 comes to a close, lawmakers around the country are readying themselves to begin new legislative sessions. Agudath Israel of America is also getting ready, preparing to advocate for our various communities across the United States.
In order to gain insight into the issues that are facing their constituency today, Agudah’s New York government relations department took to the road, setting up meetings and speaking with many individuals throughout the state to gather feedback on the issues our community cares about.
As part of that effort this past week, Agudah met with principals and administrators of various Yeshivas and Bais Yaakovs at two events, one in Brooklyn and one in the Far Rockaway/ Five Towns area. The meetings were to collect feedback on issues facing our mosdos before the new legislative session begins and to update the yeshiva community on the results of Agudah’s 2019 legislative efforts in Albany.
The events were arranged by Rabbi Yeruchim Silber, director of Agudath Israel’s New York Government Relations department and Mrs. Deborah Zachai, director of Agudath Israel’s Yeshiva Services Department.
One thing that the attendees wanted to know more about was if there was progress on the substantial equivalency issue. Rabbi Chaim Dovid Zwiebel, executive vice-president of Agudath Israel, provided an update and stressed: “This is the single most important issue in Albany we are facing.” The Agudah is committed to focusing on the problem until its resolution.
The feedback that Agudah receives at these events is invaluable. It allows the Agudah to continue to strive to provide yeshivas with the services they require, and thereby give our children the best chinuch possible. Rabbi Silber asked the school administrators what they would like to see brought up to our lawmakers this new session. Most administrators stressed the importance of securing more funding for security to protect our schools, as well as working on providing tuition relief funding to struggling parents. The busing issue in the Five Towns was also a major topic of discussion.
The Agudah’s legislative accomplishments in the past year included a 3.6% increase in mandated services funding, $60 million in security funding including a new allocation for summer camps, securing an increase of $37.7 million to the Title I budget, and ensuring increased funding for the Smart School Bond Act.
Rabbi Meyer Yedid, the Rosh Yeshiva of Yeshiva Darchei Erez, the school that hosted this event in Brooklyn, stated in his opening address, “As administrators, it gives us strength when we know someone cares for us, someone is working for us… Agudah is an organization that is involved in our future.” A similar sentiment was echoed by Rabbi Tzvi Krigsman, menahel of Yeshiva Ketana of Long Island which hosted the Five Towns Event. Rabbi Krigsman stressed the importance of Achdus in Klal Yisroel and Agudah’s role in bringing it about.
Come January when the new legislative session begins, Agudah’s constituents in the Yeshiva Community be confident that Agudah is ready to advocate with their feedback in hand. 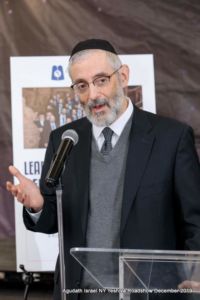 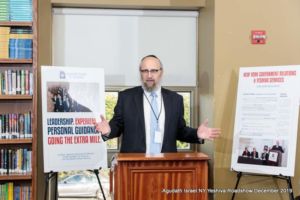 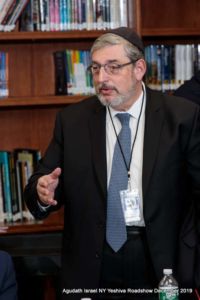 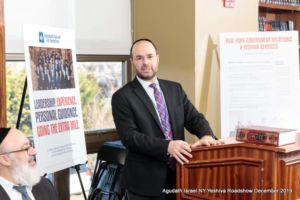 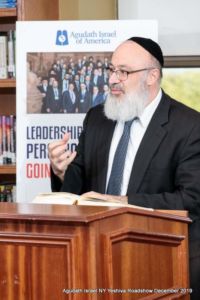 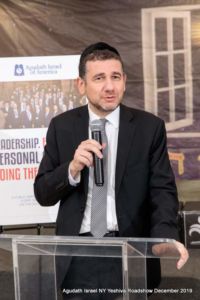 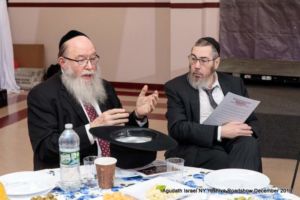 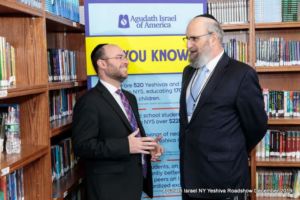 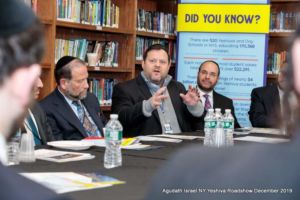 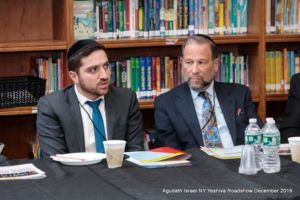 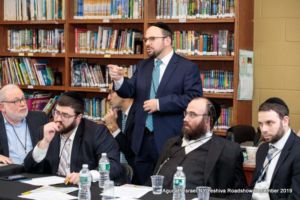 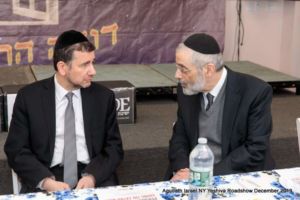 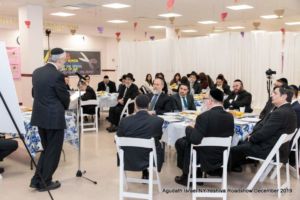 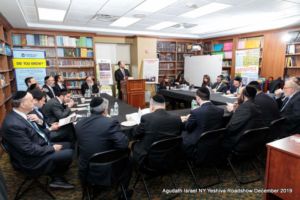