Glimpses of greatness set the tone for the week as participants in the 20th annual Yerushalayim Yarchei Kallah spent a breathless Sunday on a journey that spanned the continents and the centuries, inspiring them to reach for the highest heights in limud haTorah.
Buoyed by the inspiration that reached unprecedented levels 46 days ago at the Siyum HaShas, hundreds left their day to day lives and businesses behind to join Agudath Israel of America’s Torah Projects Commission at the Yarchei Kallah to plumb the depths of the sugyah d’kallah, which this year delves into inyanei tefilah. Doctors, lawyers, accountants, and businessmen from all across the globe cast aside their regular schedules, arriving in Yerushalayim to take advantage of a pre-Yarchei Kallah visit to the Israel Museum in Givat Ram where they took in a breathtaking display of antiquities dating back to both the first and second batei mikdash. An early evening reception at the Ganei HaDekel Hall hosted by the city of Bnei Brak gave participants an opportunity to hear from HaRav Moshe Hillel Hirsch, Rosh Yeshiva,Yeshivas Slabodka and member of the Moetzes Gedolei HaTorah, who spoke in English on the traits of humility and gayva, and the often insidious ways that negative middos can creep into our daily existence. The assembled were also greeted by Rabbi Yitzchok Pindrus, Secretary of Degel HaTorah, on behalf of the city of Bnei Brak.
It was a short walk to the Lederman shul on Rechov Rashbam for the next segment of the program which was livestreamed to allow participants from all over the world to join the Yarchei Kallah program.  Rabbi Shlomo Gottesman, co-chairman of the Torah Projects Commission, introduced the evening and noted that the chiyuv of understanding hilchos tefilah is greater than that of other limudim. An aura of reverence enveloped the bais medrash as the Sar HaTorah, Maran HaRav Chaim Kanievsky, shlita, was brought into the room, with participants awed by the rare opportunity to be in close proximity to the revered gadol hador. As in previous years, HaRav Yitzchok Zilberstein, Rosh Kollel, Bais Dovid in Cholon and Rav, Ramat Elchanan in Bnei Brak lit up the room with his hadras ponim as he spoke warmly about the power of Torah to create unbreakable bonds within Klal Yisroel. Rav Chaim extended his brachos to the members of the Yarchei Kallah, who left Bnei Brak inspired, ready to get a good night’s sleep to prepare them for a full day of learning at the Ramada Jerusalem Hotel on Monday morning.
The Yarchei Kallah was instituted in 2001 during the first intifada at the direction of Rav Aharon Leib Shteinman zt’l as a demonstration of chizuk for those living in Eretz Yisroel under trying circumstances. The program has grown with every passing year in length and breadth and now incorporates both Yiddish and English tracks as well as a full women’s program. Far from being just a five-day event, the Yarchei Kallah has grown into a year-round phenomenon, with chavrusas spending months exploring the sugya d’kallah. Shiurim and teleconferences throughout the year give participants an opportunity to grasp the vast quantity of material in entirety so that they can make the most of every precious moment of the Yarchei Kallah.
“It is incredible to see the momentum generated 6,000 miles away at MetLife Stadium and at all of the siyumim worldwide continuing to build here at the Yarchei Kallah,” said Rabbi Labish Becker, executive director of the Agudah. “The excitement in the air is so strong that you can literally touch it with your hands.  We have no doubt that the passion for limud Torah that we saw exploding at the Siyum HaShas will burn brighter than ever before as the Yarchei Kallah gets underway.”
Photo Credits: Ariel Dolgopyat 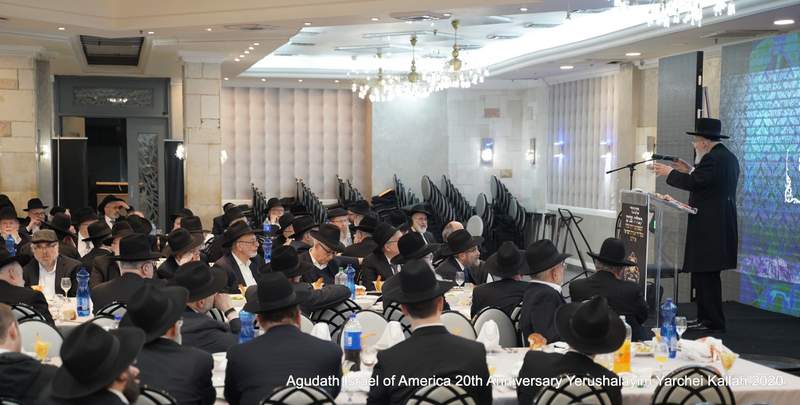 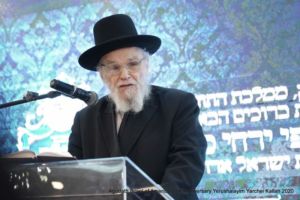 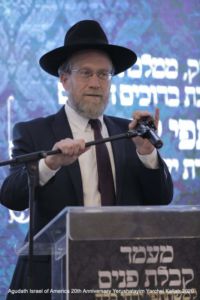 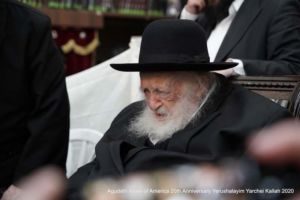 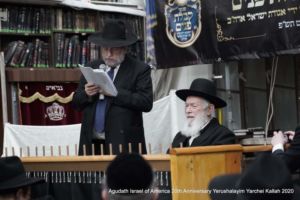 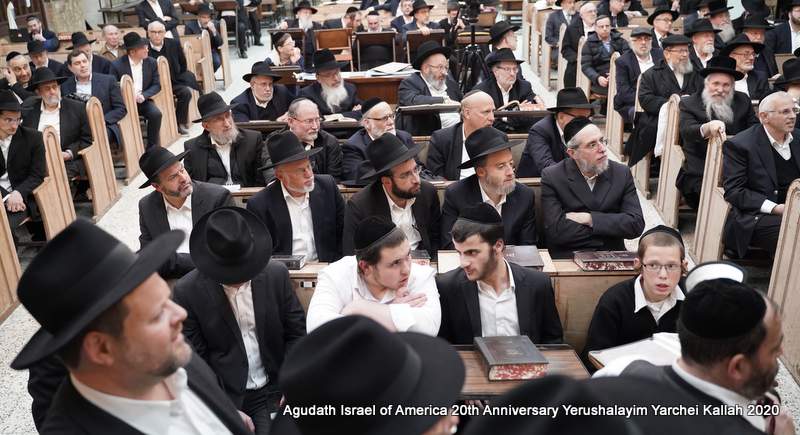 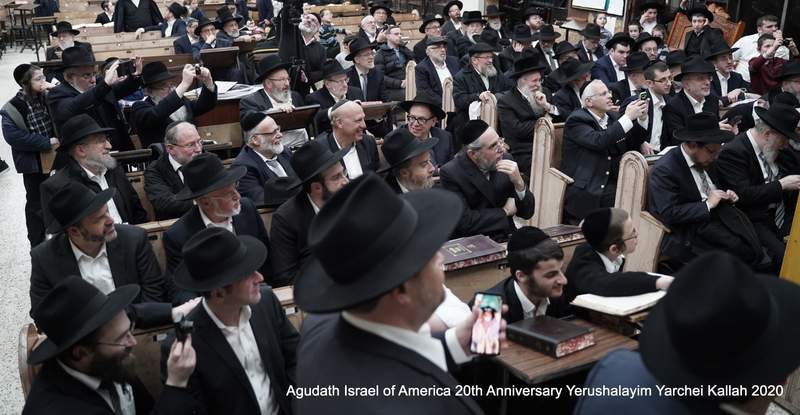 Partial View of the Crowd in the Lederman Shul 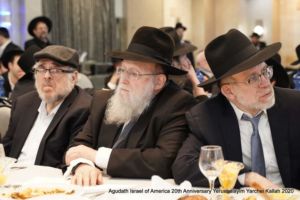 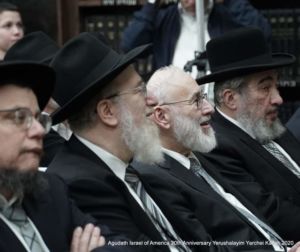 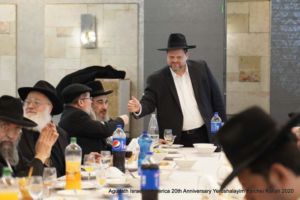