“Reaching Heights, Rising Higher” was the theme of the Midwest Agudah Convention, held last weekend at in Schaumburg, Illinois. With approximately 1,300 people in attendance hailing from over 20 cities across the country, the weekend was a remarkable event and true testimony to the growth of the Midwest Orthodox Jewish community. The convention, which was held in a new venue to accommodate tremendous growth, was an impressive organizational feat, and included a packed program full of stimulating sessions, panels, and workshops. While a comprehensive recap of the entire affair is beyond the scope of this column, there were notable highlights regarding Agudath Israel’s efforts in advocacy, community development and protecting religious freedoms in the modern world.

Another goal of the convention was the community development networking meetings and discussion of new and potential initiatives to help our communities. Throughout the weekend, the Midwest Agudah Lay Leaders (MALL) division held discussions centered on community development, job creation and placement, attracting new families to the region, cultivating young leadership, and broader community engagement. These meetings provided a great opportunity for inter-community business networking as well.

On Thursday night, one session introduced the establishment of a branch of Chayim Aruchim in Chicago, a division of Agudath Israel that deals with end-of-life issues from a medical, legal and Jewish perspective. The session featured a panel discussion with Rabbi Shmuel Fuerst, rabbinical judge for Agudath Israel of Illinois; Rabbi Eliezer Gewirtzman, senior advisor of Chayim Aruchim; Dr. Edward Kaplan, Medical Oncologist at NorthShore in Chicago, and Dovid Simkin, a nurse at Seasons Hospice. The discussion focused on various dilemmas facing those with complicated medical situations, especially in regards to the modern medical view of “quality of life,” and unveiled a new hospice program for Orthodox Jews at Seasons.

On Friday morning, a political advocacy breakfast featured Rabbi A.D. Motzen, national director of state relations for Agudath Israel of America; Rabbi Abba Cohen, vice president for federal affairs and Washington director of Agudath Israel of America; and Rabbi Yitz Frank, Ohio director for Agudath Israel. The panel focused on various challenges currently facing American Jewry on the political level, including changes in religious liberty, accomplishments in the school choice arena, and American foreign policy regarding Israel. Of special note were discussions in regards to how the new Trump administration will affect these issues.

For pictures, audio, and video of the convention go to https://www.agudahmidwestconvention.org (some of the audio and video has not posted yet, so check back next week). 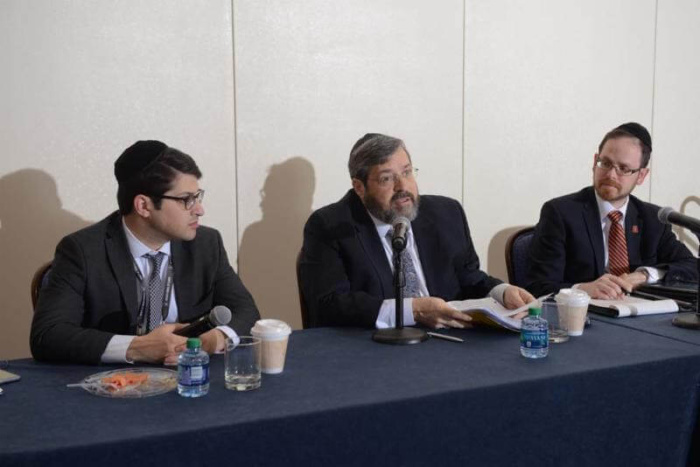