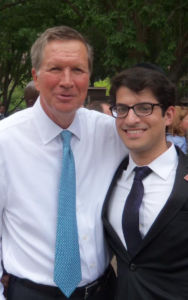 Today, Ohio Governor John Kasich released the highlights of his final biennial budget. Despite a tight budget year, Governor Kasich continued his strong support for school choice by proposing funding for the continued expansion of Ohio’s income based scholarship program, which will now extend through the 5th grade. Additionally, Governor Kasich’s proposed budget continues Ohio’s substantial investment in the success of students attending nonpublic school by providing funding for auxiliary services for nonpublic school students and reimbursement to nonpublic schools for compliance with state mandates.

Agudath Israel commends Governor Kasich for his work to provide expanded opportunities for Ohio’s students and families. We look forward to continuing to work with his administration through the budget process and his final two years as Governor of Ohio.