For some four decades, Rav Leizerson was a constant presence at the national convention of Agudath Israel of America. He came on behalf of Chinuch Atzmai to deliver an annual message to Torah Jewry in America about the status of the yeshivos and chadorim in Eretz Yisroel, as well as other developments in the Eretz Hakodesh.

He was well suited to the task. Rav Leizerson was a spellbinding orator and a masterful storyteller. He understood both his subject and his audience. People would go away from his speeches educated and inspired.

But as much as Agudah conventioneers gained from Rav Leizerson, he felt he gained even more from them. How often he would express his amazement at the display of true achdus at the American Agudah convention! If only, he would say, if only we could replicate this in Eretz Yisroel!

When Rav Leizerson spoke to us from the convention podium about the challenges facing the Torah community in the Eretz Hakodesh, he was reminding us that we are all part of one large Am Yisroel, and that we all have a bottom line responsibility toward one another.

This was why Rav Leizerson was an American Agudist: because he lived in Eretz Yisroel but understood the unshakable unity among all Torah Jews no matter where they may be.

May we all merit to take Rav Leizerson’s message to heart. 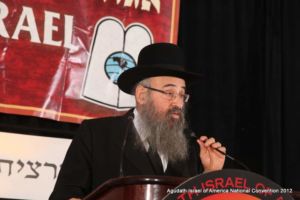 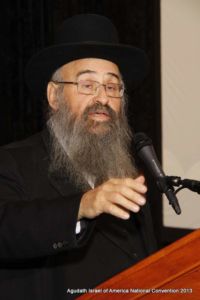 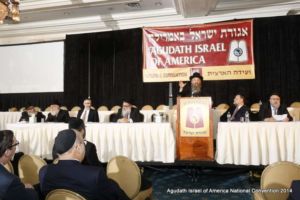 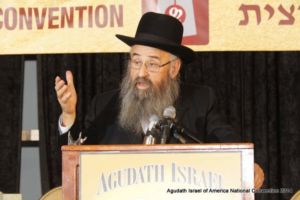