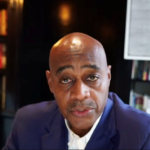 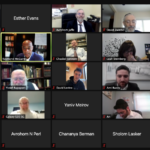 The Agudah Voting Project was pleased to host a town hall with New York City mayoral candidate Ray McGuire as part of its series of town halls with candidates running for public office.

Mr. McGuire participated in a robust conversation in which he spoke about how his upbringing in the Rust Belt formed his world view, especially as it relates to education. He also spoke about his faith, connection to Israel, and the value he places in a strong community.

Advocates from the community asked Mr. McGuire questions about his vision for New York City and how he would address issues such as the current downturn in the economy, vaccine rollout, rise in crime, anti- Semitism. yeshiva education, affordable housing, special education funding, and other challenges currently facing New York City and the Orthodox Jewish communities there.

Rabbi Yeruchim Silber, Agudah’s director of New York government relations, said, “We would like to thank Mr. McGuire for sharing his story and vision for New York City with us.”