The January air was cold and the winds were unforgiving, but somewhere between the 50 yard line and the soaring heights of the MetLife Stadium’s top tier the Siyum HaShas transformed winter into spring, planting vibrant seeds of Torah in the hearts of tens of thousands of not-yet-observant Jews throughout the world.

The groundbreaking partnership between Agudath Israel of America and Olami used The Siyum as the world’s largest kiruv event, with a four hour broadcast for the secular Jewish audience expanding the scope of limud Torah far beyond the conventional boundaries of the Orthodox world. Hosted by Olami chief operating officer Rabbi David Markowitz and prominent public speaker Charlie Harary, the program included rabbonim, businessmen and others, and featured portions of The Siyum as well as relatable content tailored to resonate with a secular audience. The Torah Anytime livestream of the program reached a global audience of 80,000 through a network of kiruv organizations including Olami, Aish Hatorah, Chabad, The Shabbat Project, Shabbat.com and others.

“The Olami broadcast gave secular Jews the ability to have a better understanding of The Siyum and to tap into the experience, explaining what is a siyum, what is a Hadran and what the Agudah is all about,” said Rabbi Shai Markowitz, director of the Lefkowitz Leadership Initiative and a member of the Siyum HaShas executive steering committee. “This was part of the greater vision of The Siyum, using the event as an opportunity to inspire limud haTorah in all of klal yisroel.”

Rabbi David Markowitz described The Siyum broadcast as a gamechanger, building a navigable bridge to Orthodoxy for unaffiliated Jews.

“It was a turning point of realizing that the Torah community is strong, robust and in a position of confidence,” said Rabbi David Markowitz. “We don’t have to hide anymore or apologize for our way of life and we can confidently and proudly say that we have something amazing called ‘the Torah’ which is accessible to everybody. We have spent years rebuilding the Torah world and perhaps now we can start sharing outward.”

A weeklong Olami conference that coincided with The Siyum drew 400 not-yet-observant participants from 15 countries, with numerous individuals committing to learning Daf Yomi in English, appreciating for the first time that limud Torah could be a fulfilling part of their lives. An Olami recap video of the Siyum HaShas featured enthusiastic reactions from several participants including Jonathan from South Africa who said, “Just coming together with 90,000 Jews that are learning Gemara every day was truly inspiring for me and a connecting experience.”

It could take years to see the seeds sown at The Siyum sprouting, but Rabbi David Markowitz said that he is confident that roots of limud Torah are already beginning to take hold.

“The Agudah managed to take something that was always seen as an insular thing and turned it into a concept that was no longer just for ‘religious guys,’” said Rabbi David Markowitz. “Learning Torah isn’t just for yeshiva guys anymore. It’s not just for balabatim anymore. The Siyum showed us that today every Jew can learn Torah.”

To watch the Siyum HaShas and Olami programming, see https://olami.org/o/live/. 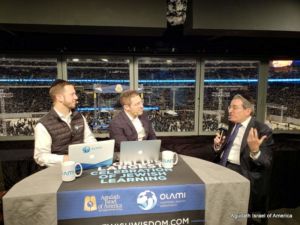 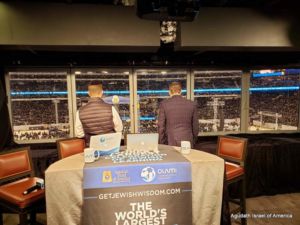