School Children Focus of Unique Meeting Between Agudah and UTF

School Children Focus of Unique Meeting Between Agudah and UTF 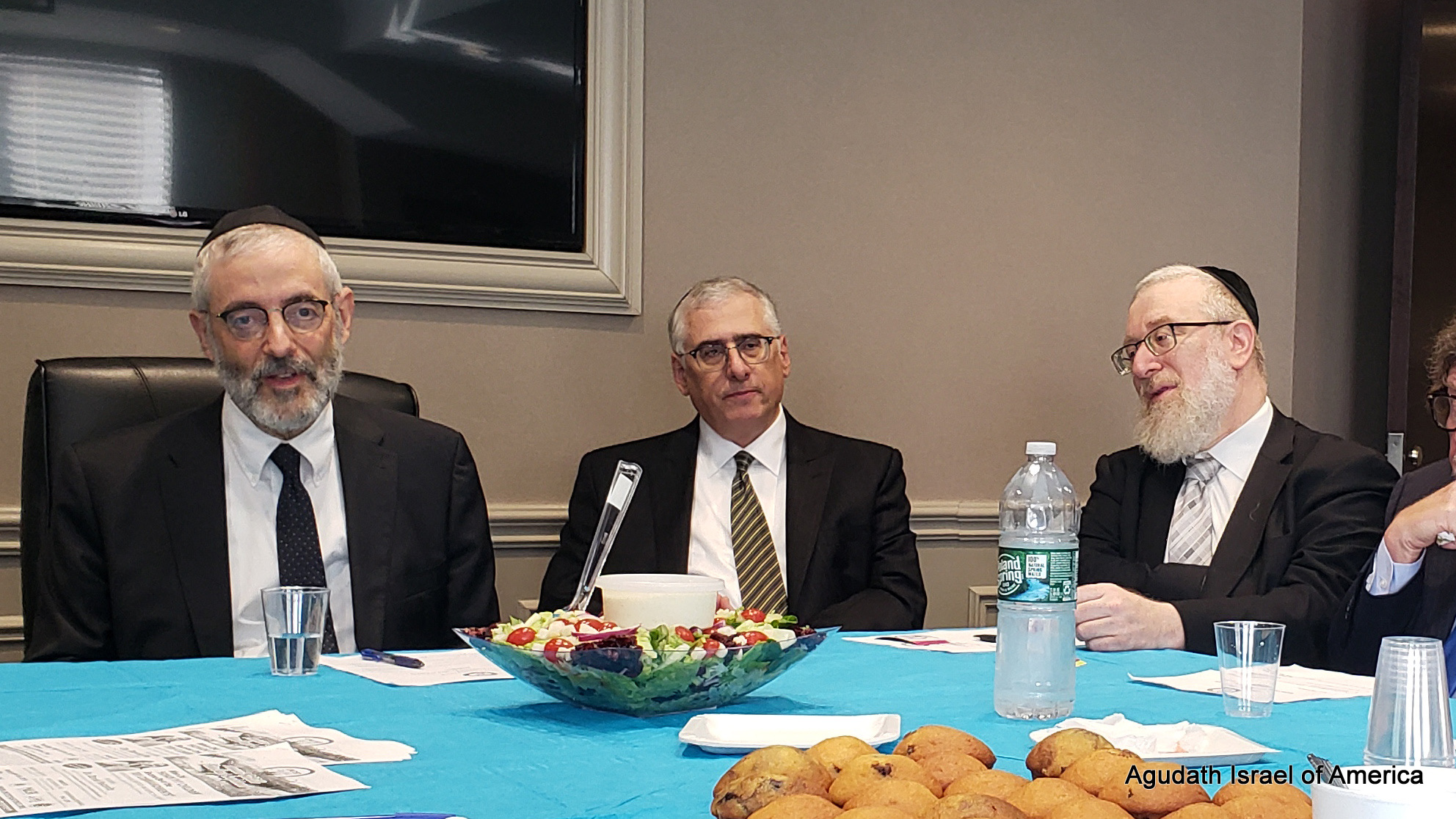 “Life can be tough. Finding help should be easy.”

So reads the tagline of the United Task Force, a coalition of more than 40 agencies that offer support and services for the Orthodox Jewish community of New York.

Serious illness. Mental health. Abuse. Addictions. Special needs and disabilities. When life is tough, a family in need of services can contact United Task Force (UTF) and connect to the correct agency or agencies.

The Task Force also meets once every six weeks to discuss a current topic concerning mental health or social issues in the Orthodox community. The members compare notes about the problem and brainstorm solutions. All the agencies work together with no competitive edge, explains Dr. Faye Zakheim, Chair of the Executive Committee, pooling their expertise for the public good.

The work of the United Task Force is funded through the city of New York, thanks to the support of Councilman Chaim Deutsch. Councilman Kalman Yeger is a strong supporter of the Task Force as well.

A recent UTF meeting was held in the offices of Torah Umesorah, an organization which is totally dedicated to the education excellence of every student. It focused on school-related issues and challenges. Rabbi Dovid Zwiebel, Executive Vice-President of Agudath Israel of America, addressed the group as the guest speaker. Rabbi Zwiebel was introduced by Rabbi Labish Becker Executive Director of Agudath Israel, Rabbi Becker is a founding member of the UTF and sits on the Executive Committee. Other Agudah employees attended this meeting as well.

Rabbi Zwiebel brought up two areas of concern connected to the meeting’s agenda.

His first topic related to the recent measles outbreak and subsequent firestorm about vaccinations.
Rabbi Zwiebel emphasized that while Agudah’s “stance is to encourage parents to vaccinate, we can’t lose sight of the fact that there are hundreds of children that aren’t vaccinated” Those children, through no fault of their own, now cannot attend school and face social ostracization. The mental health implications for these children are profound and immediate.

The issue of unvaccinated children being out of school triggered a wide-ranging discussion about the travesty of other children in various communities without schools. The Task Force members spoke about the need to help them, both, practically, to get into schools, and, emotionally, with the stigma associated with their status. It is heartbreaking that in today’s day and age there are children left without a school to call their own.

Committee members shared a range of reasons why a child might not be accepted to school:

Many of the member agencies told of the long hours they put in recently, helping to counsel families, support children, and place students.

This new initiative will set up meetings with local principals and menhalim. The goal? A commitment from the principals not to expel any child, without finding the child a place in another school thereby guaranteeing that every child is enrolled in a school and receiving a proper education. Mr. Rafi Hassan was nominated to chair the committee to organize the meeting.

Rabbi Zwiebel also reported on the current threat to the yeshiva system from New York State.

Agudath Israel leads the fight in defense of the yeshiva system. Rabbi Zwiebel ensured that the members of the UTF, prominent professionals in their own agencies and influential in various communities, were up to speed on this subject. He mobilized them to address the social and mental health aspects which may stem from this problem.

A Gift for the Jewish Community

Three problems with no easy solutions.

Yet, Agudath Israel and the United Task Force are committed to addressing these issues and their corollary problems.

Dr. Zakheim adds, “Each agency of the United Task Force does meaningful and incredible work. The fact that we have ALL these devoted leaders brainstorming and working together on serious life-altering issues that affect our frum community -all at one table- is the greatest gift we can offer the Jewish community.”