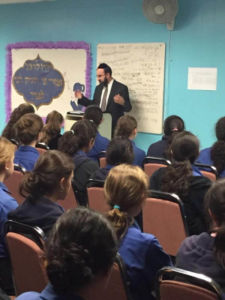 The election is over. The American people have chosen a new president…as well as tens of thousands of other men and women to elected offices across the country. Some states have new governors and others have seen legislative chambers switch to a different political party. Elections have consequences — which is why Agudath Israel expresses its appreciation to all the volunteers who worked on voter registration and voter mobilization efforts in the Orthodox Jewish community and to those who took the time to vote. Communities that vote, are communities that are listened to and heard. We voted. Now it is time to make our voices heard.

Agudath Israel of America congratulates all those who earned the vote of their constituents, and thanks those who are leaving at the end of this term for their public service. Agudath Israel’s government affairs team and lay leadership will be reaching out to incoming officials in the weeks and months ahead to see how we can work together on behalf of our constituents.