Yesterday, I attended the White House Chanukah party as a guest of US Secretary of Education Betsy DeVos. Other attendees at the party included Rabbi Abba Cohen, Agudath Israel’s chairman Mr. Shlomo Werdiger, and several board members.

Many people have asked me to name the highlight of the event. Before I do, allow me to highlight some recent Agudah activities and accomplishments included in this newsletter.

Now back to my White House Chanukah Party highlight.

Was it the food? No. I didn’t end up eating anything (although I heard there were lamb chops and delicious deserts on the all-kosher menu). 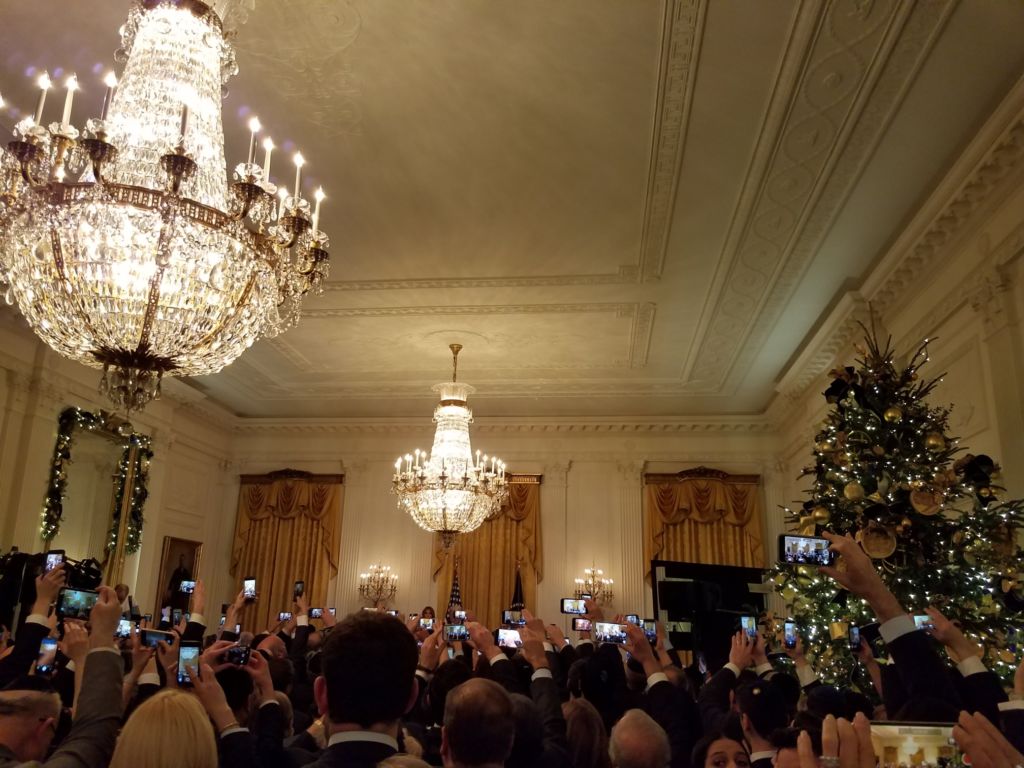 Was it meeting with the President or Vice President? No. as the picture above illustrates, I was so far back in the room that I couldn’t even see them due to the dozens of smartphones waving in the air.

I watched with emotion as eight Holocaust survivors were individually recognized by the President, as he pledged to confront anti-Semitism everywhere it occurs.

The most moving part of the event, however, was not captured by C-SPAN.

New York State Assemblyman Dov Hikind had brought eight survivors with him and they were seated all the way in the back as that was the only place to sit down in the East Room. The front of the room was packed with people waiting for the President to appear. Secretary DeVos came over and after being introduced by Assemblyman Hikind, bent down and talked to each of the survivors. She held their hands as she listened to their stories. She was visibly moved as one survivor rolled up his sleeve and showed her the tattoo on his forearm. He told Mrs. DeVos how his parents and seven siblings were murdered and how the Nazis took away his name and tried to turn him into a number. Yet, here he was at the White House as a guest of the President of the United States, thankful to be living in this country. Several people, myself included, were seen wiping away tears as they watched this exchange. The tears were a mix of sadness and joy. Secretary DeVos told the group that her relatives owned a bakery in the Netherlands and helped save Jews by hiding them behind their large flour containers. 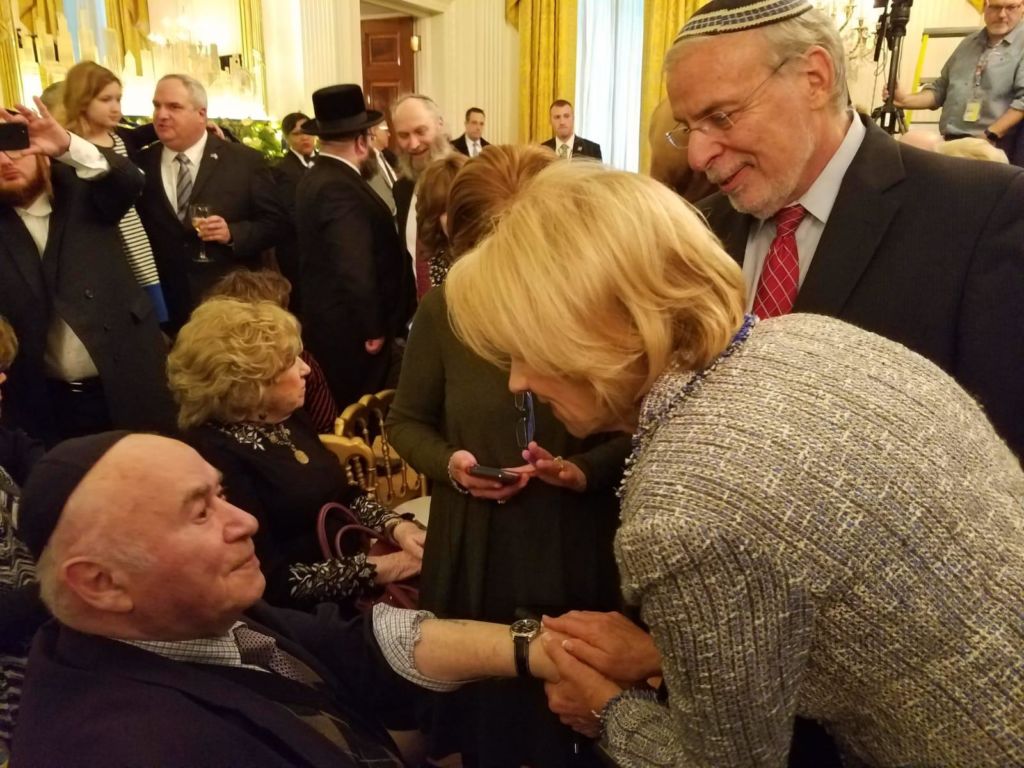 After speaking to the group for a few minutes, Secretary DeVos excused herself and disappeared through a door in the back. She told me privately that she was going to speak to the White House staff to see if the group of survivors could be brought to the front. Under normal circumstances, it would take a miracle akin to the splitting of the sea to  get close to the front row. Yet, minutes later, Secretary DeVos reappeared with a smile on her face. “It isn’t right for them to be in the back of the room.” she said. “They’re going to be brought to the front.” The Secretary herself, however, opted to stay where she was in the back.

Later the President recognized each survivor and since they were already in front, he was able to call them up to the stage, leaving them very visibly moved. To watch President Trump’s entire speech and the menorah lighting ceremony go to C-SPAN.

Many people at the party thanked the Secretary for her support of school choice. To read about the connection between school choice and Chanukah see Rabbi Avi Shafran’s op-ed which appeared on the EdChoice website several years ago, but is always worth re-reading.

One final sad note. I join with the entire Agudah family expressing condolences to the family of Mrs. Shoshana Lefkowitz a”h, wife of the great Agudah lay leader Rabbi Yisroel Lefkowitz z”l, and an accomplished leader in her own right.