On Wednesday Rabbi Yeruchim Silber, director of New York government relations for Agudath Israel of America, was warmly welcomed by the chairs of the New York State Legislature Joint Assembly and Senate Budget committees at a public hearing.

Assembly Education Chair Cathy Nolan noted how Rabbi Silber had become such a familiar face in the Capitol in the short time he’s served as Agudath Israel’s man in Albany.

Speaking on behalf of the families represented by Agudath Israel, Rabbi Silber expressed support for several proposals that could help financially-strapped parents who wish to send their children to nonpublic schools. Some examples included tuition tax credits and state tax deductions for contributions to 529 plans which would then used for nonpublic school tuition.

Rabbi Silber thanked Governor Cuomo and the Legislature for responding to the concerns of the nonpublic school community in the past, but asked the committee members to approve three important measures:

1)  restoring funding for the immunization mandate to last year’s level which funded the actual cost of complying with the law (last year, Agudath Israel played a leading role in generating a 4800% increase in those payments, but the proposed executive budget language reverts back to the old rate),

2) increasing security funding to match New Jersey’s rate of $75 per student, and 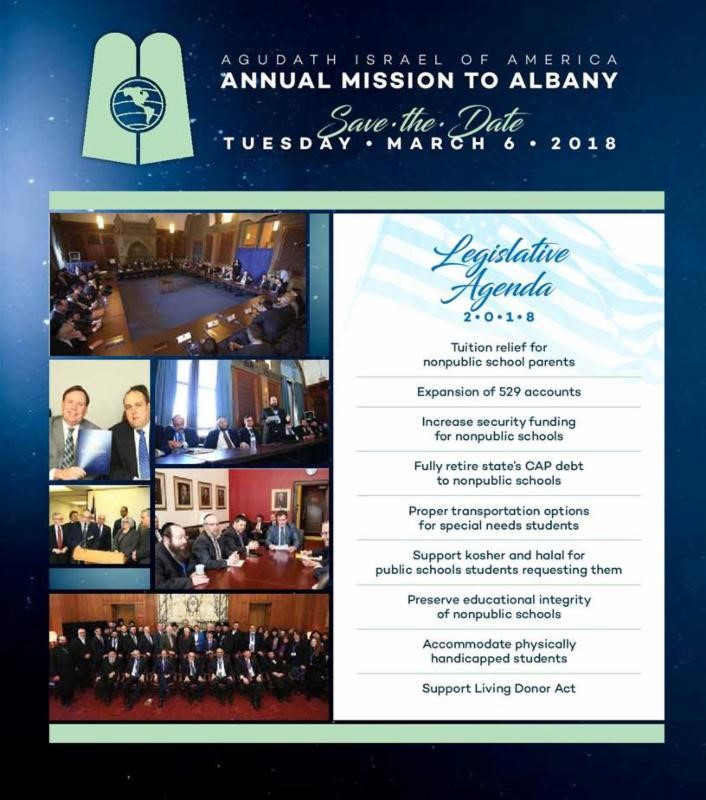