The Jewish Vote: Does My Vote Count?

The Jewish Vote: Does My Vote Count?
Print 🖨 PDF 📄

On Tuesday evening, Agudath Israel of America’s national director of state relations, Rabbi A. D. Motzen, was the guest speaker at Torah Academy of Milwaukee’s annual lecture. His speech, “The Jewish Vote. Does my Vote Count?” included a mix of political anecdotes, voting statistics, and religious and practical reasons to vote in each and every election. Rabbi Motzen discussed how he had recently returned from both major political party conventions and one key takeaway was that both parties are trying to court the Jewish vote, especially in swing states. A show of hands illustrated that nearly every person who attended the lecture was already registered to vote. Rabbi Motzen’s remarks were well received and were later quoted to encourage community members to attend a candidates forum later that week and to vote in this Tuesday’s Wisconsin primary election.  Following the lecture, a group of young community activists gathered in the home of Mr. Paci Elbaum to discuss ways to increase the political engagement of the Milwaukee Orthodox community. 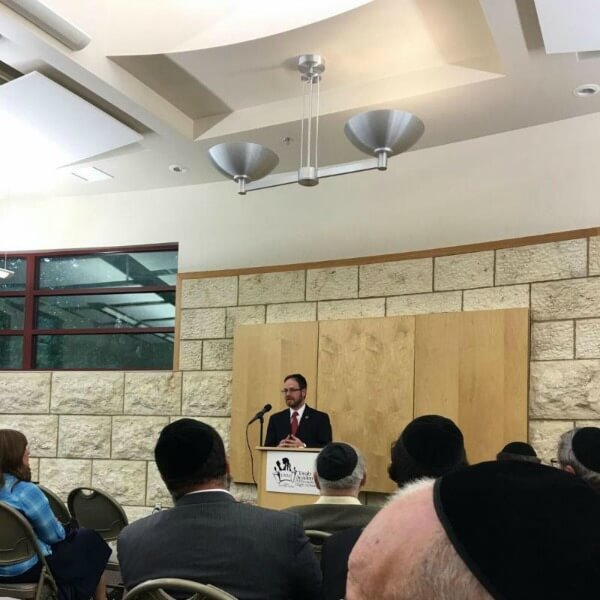 Agudath Israel’s national director of state relations Rabbi A. D. Motzen speaking at the Torah Academy of Milwaukee on the topic of “The Jewish Vote: Does My Vote Count?